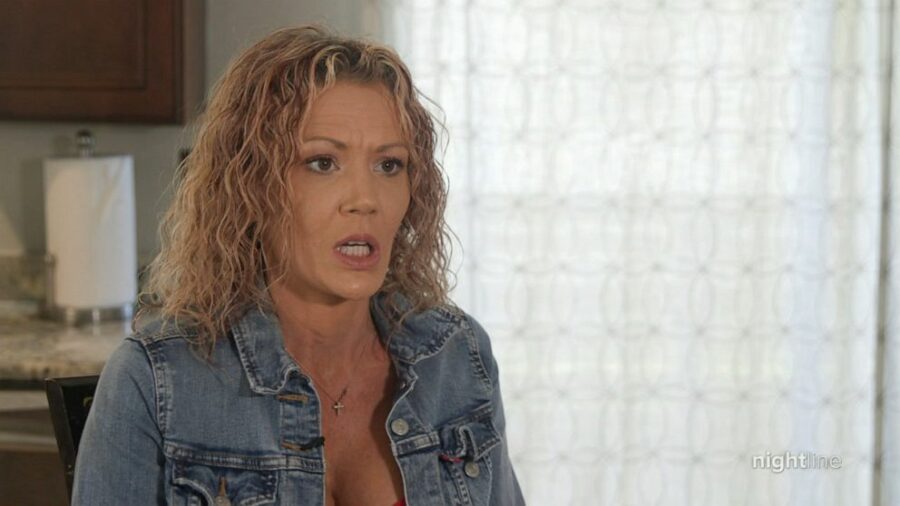 (OAHU, Hawaii) — Jamie Simic says that she, her husband Brian and their three children were living at the Joint Base Pearl Harbor-Hickam on Oahu, Hawaii, last year when the whole family began to get very sick.

“I was lethargic, we were getting rashes and then the gastro pain. There was just this litany of lists,” she told ABC News’ “Nightline.”

Simic said her children’s teeth were falling out, and they had lesions on their heads.

They weren’t alone says Nastasia Freeman. Freeman, who was living on the base with her family, said her 12-year-old son Noah has been in and out of the hospital since last year.

“He’s dealt with vomiting, diarrhea and he is really struggling,” she told ABC News. “He’s just doing worse and it didn’t seem to get better.”

Amanda Feindt, a U.S. Army major who was living on the base, said her family experienced abdominal pain, skin rashes and migraines.

Four families have come together this summer to file a lawsuit, which alleges that their illnesses were caused by a massive leak of jet fuel that poisoned the base’s water supply.

The Navy has admitted that the nearby fuel storage facility, called Red Hill, experienced two leaks in 2021 — one in May and one in November — that spilled more than 30,000 gallons of fuel. The facility is 100 feet above the water supply.

A local digital news site, Honolulu Civil Beat, published footage it claims shows the November spill captured on video filmed by a worker at the site. In the video, liquid spews from an overhead pipe, creating a small river.

The State Department issued a warning 10 days after the spill, recommending that people not use water from the naval base water system.

“They waited an entire week after fuel gushed into that tunnel to shut down the drinking water well, which was located just 380 feet away,” she added.

The Department of Health had started hearing from families like the Simics, Freemans and Feindts, all of whom complained they were smelling fuel in their water.

“We were exposed from May to November,” said Freeman. “That is a lot of time to be drinking jet fuel, bathing in jet fuel and all of these things.”

Jamie Simic told ABC News she became aware of the problem when she went to make a drink and claims the ice she was going to use was yellow with jet fuel.

The lawsuit alleges that the Navy “harbored toxic secrets” and failed to disclose the contamination. The families claim they continue to deal with health issues associated with the spill.

Capt. Michael McGinnis, the U.S. Pacific Fleet’s doctor tasked with handling the spills, told ABC News that “it was during a very brief period of time; we have no evidence that supports chronic long-term, ongoing event as far as exposure or contamination.”

“They haven’t accepted responsibility for the extent of the harm,” Kristina Baehr, one of the lawyers representing the families, told ABC News. “They’re telling people there’s no chronic risks. It’s not true. My clients have chronic effects.”

The facility was shut down in March and a task force has been launched to ensure the fuel is removed. The Navy announced it would install 12 new groundwater wells to monitor where the spilled fuel goes.

The Navy is currently trying to find a way to get all the remaining fuel out of the storage tanks at Red Hill, a process they expect will take until July 2024.

Until then, the families have banded together in a lawsuit hoping to get some justice.