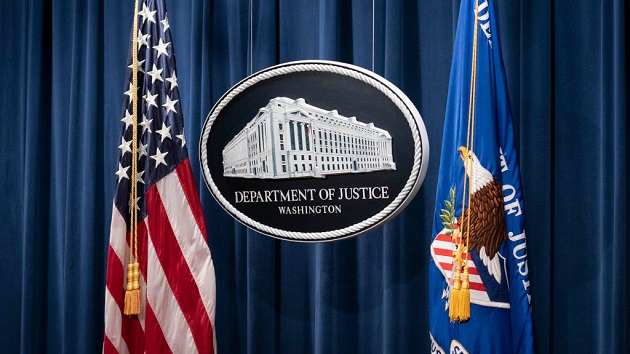 (WASHINGTON) — The Justice Department has charged nine anti-abortion protesters with conspiring to obstruct access to a women’s reproductive health facility in Washington, D.C., in October 2020, according to an indictment unsealed Wednesday afternoon.

All have been charged with two counts of engaging in a conspiracy against individuals’ civil rights and clinic access obstruction. If convicted, they could each face a maximum of 11 years in prison. Attorneys for each defendant were not listed on their court docket as of Thursday afternoon.

On Wednesday, the Metropolitan Police Department raided a home — where Handy, a prominent anti-abortion activist who has previously faced state charges for carrying out a similar clinic protest in Michigan, lives, she told WUSA. The charges in Michigan were dropped after a lack of evidence.

Police said they were acting on a tip that biohazardous material was at the house.

The department said officers found five fetuses at the home. “Upon further investigation, MPD located five fetuses inside a residence at the location,” MPD said in a statement. “The fetuses were collected by the DC Office of the Chief Medical Examiner.”

Handy told WUSA she expected the raid to “happen sooner or later.”

According to the indictment, all the individuals traveled to D.C. to participate in the blockade under direction from Handy. The group calls itself Red Rose Rescue; during their demonstrations at clinics, they commonly hand out red roses to women in clinic waiting rooms.

Handy allegedly called the clinic days before their protest, telling them she was a woman named Hazel Jenkins who needed care and made an appointment for the morning of Oct. 22, according to the indictment.

While in the D.C. clinic, prosecutors say the demonstrators blocked two doors using their bodies, furniture, chains and rope while broadcasting their actions live on Facebook.

Darnel began the livestream by saying, “We have people intervening physically with their bodies to prevent women from entering the clinic to murder their children,” the indictment states.