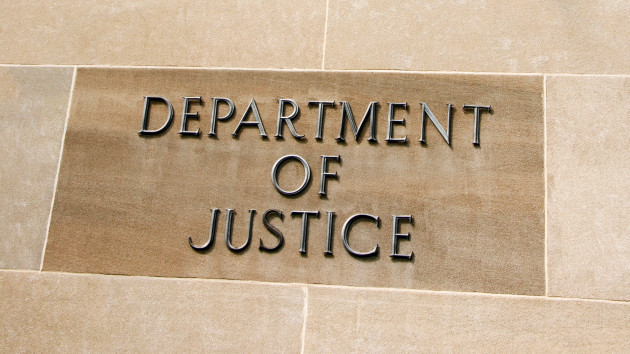 (WASHINGTON) — The Justice Department is suing Las Vegas casino mogul Steve Wynn to compel him to register as a foreign agent for the People’s Republic of China because of alleged lobbying he did on behalf of the Chinese government during the Trump administration.

The civil lawsuit targeting Wynn outlines his alleged efforts in 2017 to push then-President Donald Trump and senior members of his administration to deport a Chinese businessman living in New York at the request of China’s vice minister of the Ministry of Public Security, Sun Lijun.

The Chinese businessman had been charged with corruption in China and had sought political asylum in America, according to court documents.

“Wynn conveyed the request directly to [Trump] over dinner and by phone, and he had multiple discussions with the then-President and senior officials at the White House and National Security Council about organizing a meeting with [Vice Minister Lijun] and other PRC government officials,” according to the Justice Department.

Trump allegedly told Wynn he would look into the matter, according to the lawsuit. At the time, Wynn was finance chairman of the Republican National Committee.

Nothing would ultimately come of the efforts to get the Chinese national deported, the DOJ said.

In a statement to ABC News, Wynn’s legal team said they plan to fight the DOJ’s lawsuit.

“Steve Wynn has never acted as an agent of the Chinese government and had no obligation to register under the Foreign Agents Registration Act,” Wynn attorneys, Reid Weingarten and Brian Heberlig, said in the statement. “We respectfully disagree with the Department of Justice’s legal interpretation of FARA and look forward to proving our case in court.”

While the Chinese businessman in question is not named in the court documents, the description matches that of Guo Wengui, a billionaire real estate mogul and vocal critic of the Chinese government. Wengui fled China in 2014 and is viewed as a fugitive by the PRC.

The DOJ also alleges that Wynn was motivated by a desire to protect his business interests in China, noting that “during the time that he engaged in this conduct, Wynn’s company owned and operated casinos in Macau, a special administrative region in the PRC.”

The Justice Department says it has warned Wynn repeatedly over a four-year period, starting in 2018 during the Trump administration, about his obligation to register as an agent under the Foreign Agent Registration Act, or FARA, for acting on behalf of Lijun and the PRC itself.

Wynn, however, declined to register as an agent.

Following his refusal, the DOJ said in court documents that Wynn’s failure to file constitutes an ongoing violation of FARA, “and given the likelihood that this violation will continue in the absence of court action, a permanent injunction is necessary.”

“The filing of this suit — the first affirmative civil lawsuit under FARA in more than three decades — demonstrates the department’s commitment to ensuring transparency in our democratic system,” said Assistant Attorney General Matthew Olsen of the Justice Department’s National Security Division. “Where a foreign government uses an American as its agent to influence policy decisions in the United States, FARA gives the American people a right to know.”