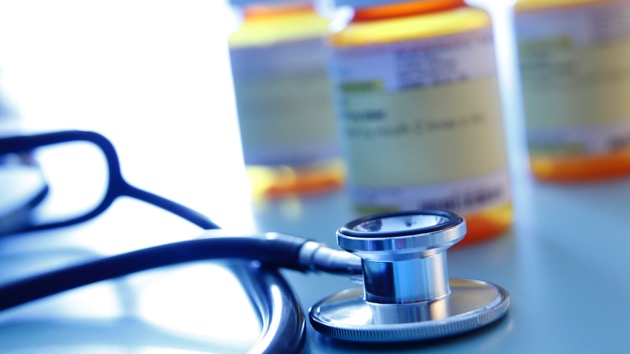 (NEW YORK) — In the first case of its kind in New York, a Long Island doctor has been charged with murder for prescription practices that led to the deaths of five patients between 2016 and 2018.

Dr. George Blatti ignored repeated warnings and prescribed “massive quantities of opioids” and other drugs that killed five patients and endangered the lives of six others, prosecutors said Thursday.

Blatti is the first doctor charged in New York with depraved indifference murder for prescription abuses.

“We allege that Dr. Blatti recklessly disregarded the law, his ethical obligations as a doctor, and the pleas of his patients’ family members and prescribed massive quantities of dangerous drugs to victims in the throes of addiction, ultimately killing five patients who entrusted him with their care,” Singas added.

Blatti, 75, was previously arrested in 2019 and arraigned Thursday on the new depraved indifference murder counts as well as reckless endangerment counts. He pleaded not guilty and surrendered to authorities.

Investigators from the Nassau County Police Department tied a number of 2018 overdoses to “an inordinate number of prescriptions” for opioids written by the same physician, Dr. Blatti.

He was a general practitioner with no specialized training or accreditation in pain management. He maintained an office in a Franklin Square location that was formerly a Radio Shack. The business still had a Radio Shack sign and merchandise racks on the walls.

Prosecutors said Blatti also met customers in a hotel parking lot and a Dunkin’ Donuts in Rockville Centre. Addicts went to him with their requests for controlled medications and Blatti allegedly prescribed drugs with no medical history review or exam, in exchange for cash, according to prosecutors.

In some cases, he allegedly prescribed opioid painkillers at patients’ request to individuals he had never met or spoken to, prosecutors said.

“This is a tragic story of lives lost at the hands of someone entrusted to save lives,” DEA special agent in charge, Ray Donovan, said. “This defendant’s alleged conduct was unconscionable.”