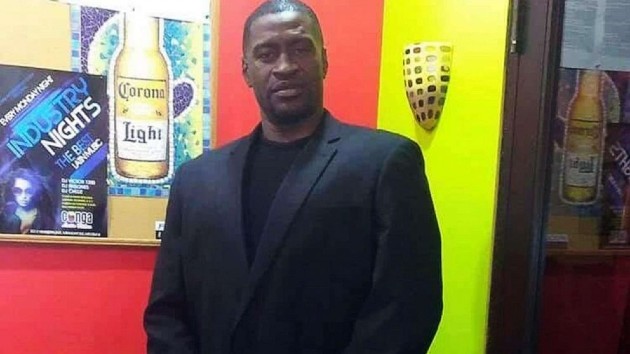 Prosecution calls 2nd witness, employee of store across the street from Cup Foods

Alisha Oyler, a shift manager for the Speedway located across the street from Cup Foods, first noticed police officers “messing with someone” when she began watching the encounter involving Floyd, she told prosecutors Monday.

Oyler took seven separate video recordings on her cellphone but could not immediately recall details, stating that it had “been so long.”

During a cross-examination, defense attorney Eric Nelson walked 911 dispatcher Jena Scurry through the timeline of the encounter and pressed her on her knowledge of Minneapolis Police use of force policies.

Nelson seemed to want the jury to know that Scurry was not familiar with how police handled such incidents.

Scurry acknowledged that she has only seen police incidents play out live on monitors in the dispatch center three to four times in the seven years she has been a dispatcher.

Jena Scurry, the Minneapolis 911 dispatcher, told the court she had a “gut instinct” that something was wrong.

Scurry said she continued to take calls but noticed that the squad car in front of the Cup Foods did not have officers surrounding it.

The next time Scurry looked up, she saw the officers placing Floyd in the back of the car.

Scurry said she later knew “something might be wrong” when she saw Floyd on the ground.

When Assistant Minnesota Attorney General Matthew Frank asked what made her think something was amiss, Scurry said dispatchers rarely see videos of active scenes on those cameras. Moreover, the fact that Floyd went from the back of the squad car to the ground and officers had not requested additional assistance worried her, Scurry said.

“I took that instinct and called the sergeant” who supervises police officers, she said.

Court recessed for lunch after Frank was done questioning Scurry.

Jena Scurry, a 911 dispatcher who watched Floyd’s encounter with police unfold on a fixed police camera, was the first witness to take the stand Monday.

Scurry began by explaining the tools she utilizes to do her job. She said dispatchers have access to cameras that are placed around the city.

Floyd was struggling with officers who were trying to get him in a squad car when Chauvin arrived on the scene, Nelson said.

After Chauvin asked whether Floyd was under arrest, he assisted the other officers in their attempts to get Floyd in the car.

The struggle was so profound that the squad car could be seen rocking back and forth in a fixed police camera. The image caught the attention of a police dispatcher, Nelson said.

Chauvin then used what is called a “maximal restraint technique” to restrain Floyd, Nelson said.

“You will learn that Derek Chauvin did exactly what he was trained to do over the course of his 19-year career,” Nelson said.

Eric Nelson, Chauvin’s defense attorney, emphasized during his opening statement that the evidence for the case is “far greater than 9 minutes and 29 seconds.”

The evidence has been collected “broadly and expansively” and includes several police experts and at least 200 civilian witnesses, Nelson said.

Nelson will spend the trial talking about “reason and common sense and how that applies to the evidence,” Nelson said.

The store clerk at Cup Foods who accused Floyd of making a purchase with a fake $20 bill will be among those who testify, Nelson said.

Attorneys will also question one of Floyd’s friends who was in the Mercedes-Benz after he left the store. The friend previously stated that Floyd consumed what she believed to be two Percocet pills before police arrived. Floyd then fell asleep, Nelson said.

When officers arrived, Floyd put drugs in his mouth in an effort to conceal them from police, Nelson said.