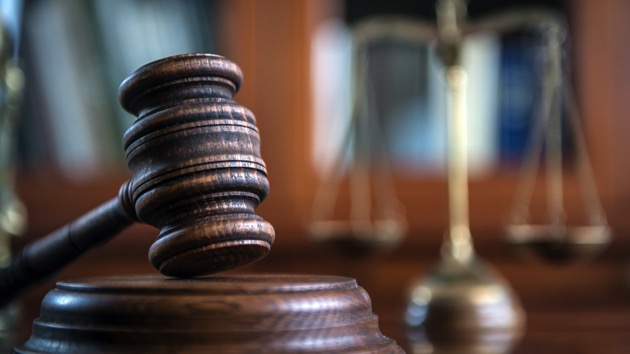 (MINNEAPOLIS) — The opening days of Derek Chauvin’s murder trial have included gripping testimony and evidence — whether it’s been reliving the moments that led to George Floyd’s death, seen through body camera video of responding officers, or the emotional retelling of events by witnesses.

But one of the most striking themes emerging from the trial is the emotional trauma and survivor’s guilt expressed by eyewitnesses, many of whom were standing mere feet away from Chauvin as he knelt on Floyd’s neck and as Floyd took his last labored breaths.

Charles McMillian, 61, broke down in the courtroom on Wednesday as he watched police bodycam footage of the incident that he’d seen in person. A teen witness told prosecutors that she’s still kept up at night by the fact that she wasn’t able to save Floyd’s life. Christopher Martin, 19, said he regrets telling his manager about the counterfeit $20 bill that led to Floyd’s encounter with Minneapolis police and subsequent death.

“If I would have just not taken the bill, this could have been avoided,” he told the jury.

Seeing the death or severe injury of another person in such close proximity could trigger post-traumatic stress disorder for these witnesses, according to Dr. Ziv Cohen, a clinical assistant professor of psychiatry at Cornell University. As they relive these potentially traumatizing moments in the courtroom, Cohen said it’s important that witnesses “think about how they’ve been doing all this time since George Floyd’s death.”

Symptoms of PTSD can come in many different forms, including depression, emotional numbing, hyper-vigilance or intrusive memories and flashbacks of the traumatizing incident.

People with PTSD may be more fearful when navigating the same neighborhoods, Cohen said, or encountering people who were involved in the event. They may also begin to avoid things or places that prompt distressing memories. However, people with this disorder don’t always experience all of these symptoms.

Witnesses recalled feelings of hopelessness and desperation as they watched Chauvin kneel on Floyd’s neck until he lost consciousness. The incident occurred after Floyd presented cashiers with a fake $20 bill at a grocery store. Police bodycam footage shows witnesses, who also were recording the incident themselves, pleading with officers to get off of Floyd’s neck and get him medical attention.

“I think if there’s a heavy aspect of injustice, that makes it much harder to process the trauma in a healthy way,” Cohen told ABC News. “If you’re in a situation like you’re really feeling helpless and there’s a sense of injustice — like, this is a human-caused tragedy and that there is no redress and it’s fundamentally unfair and that you’re helpless, I do think that adds a whole other dimension to the trauma.”

A viral video of Floyd’s death prompted anti-police brutality and anti-racism protests across the country — and then across the globe.

Teenage high school student Darnella was behind the viral video of Floyd’s arrest. She was 17 at the time, and has since told prosecutors she still feels shaken by his death.

Darnella was accompanying her 9-year-old cousin to the grocery store when they saw police confronting Floyd. The 9-year-old also was put on the stand by prosecutors to testify.

“I was sad and kind of mad,” the young girl said. “Because it felt like [Chauvin] was stopping his breathing, and it was kind of, like, hurting him.”

When children of color view traumatic incidences of death involving someone of the same racial or ethnic background, according to Cohen, it could damage their “perception of themselves, their identity, their sense of security, their sense of whether the world is fundamentally a friendly and safe place whether authority can be trusted.”

The testimonies revealed the lingering effects Floyd’s death on each witness.

Another bystander, Donald Williams II, wiped away tears as he listened to a 911 call he made to police to report Chauvin and the other officers who held Floyd in what Williams called a blood choke hold.

“I believe I witnessed a murder,” Williams said. He recalled seeing Floyd struggle for air and watching his life “slowly fade away.”

Minneapolis firefighter Genevieve Hansen broke down in tears after she recalled begging officers to let her give Floyd medical attention at the scene.

“There was a man being killed,” Hansen said. “I would have been able to provide medical attention to the best of my abilities, and this human was denied that right.”

When prosecutors asked McMillian how he felt while watching Floyd get arrested on that day in May 2020, he tearfully explained, “I feel helpless.”

Hennepin County District Judge Peter Cahill called for a 10-minute recess so McMillian could gather himself.

A witness breaks down in tears after watching video of George Floyd's arrest during the Derek Chauvin trial. https://t.co/LGeLbXi96N pic.twitter.com/wwU2J0QJeW

Martin, a Cup Foods store clerk, expressed guilt and regret for reporting the counterfeit $20 bill to the store manager. His boss told Martin to confront Floyd, and when Floyd refused to come back into the store, a coworker was instructed to call the police. When he asked what was going through his mind during Floyd’s arrest, he responded “disbelief and guilt.”

He seemed to partially blame himself for Floyd’s death.

“If I would have just not taken the bill, this could have been avoided,” Martin said.

Alyssa, another witness, also was 17 the day Floyd died. She cried on the witness stand as she re-watched video footage of Floyd’s arrest.

“I was powerless there,” she said. “I felt like I was failing him.”

Though not everyone who witnessed Floyd’s arrest may be experiencing PTSD or relates symptoms, the disturbing images of the event can still affect their mental health, especially as they revisit and explore traumatic memories, Cohen noted.

“This has maybe affected the arc of their life,” Cohen added. “For people who witnessed George Floyd’s death, I would definitely think that they should all be aware and if they have any concerns go to a mental health professional.”