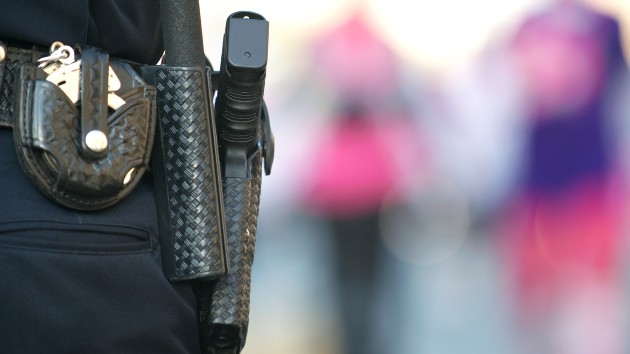 (NEW YORK) — The murder trial of former Minneapolis police officer Derek Chauvin in the death of George Floyd has put a spotlight on law enforcement training, as his former supervisors, trainers, and counterparts take the stand to testify. Chauvin’s defense attorney, Eric Nelson, opened the trial by telling jurors that the neck restraint he used on Floyd was “exactly what he had been trained to do over the course of his 19-year career.”

But a number of law enforcement officials from Chauvin’s former department seem to disagree.

Retired Minneapolis Police Department Sgt. David Pleoger — Chauvin’s supervisor at the time of Floyd’s death — testified that “when Mr. Floyd was no longer offering up any resistance to the officers, they could have ended their restraint.”

Chauvin is accused of kneeling on Floyd’s neck and back for more than 9 minutes, during which time he became unresponsive. The incident was captured on bystander video, sparking a wave of protests last summer.

Former training commander Katie Blackwell, who has known Chauvin for two decades, testified that Chauvin’s actions were not what she had learned or taught as part of the department’s training when she was overseeing the training.

And Minneapolis Police Chief Medaria Arradondo “absolutely” disagreed that Chauvin’s actions were proper based on the training he received.

So what are Minneapolis officers taught in the academy, how has that changed since Floyd’s death and how does that compare to other parts of the country?

No national standard for training

One of the issues is that there isn’t a national standard for use of force in police training, according to retired Sgt. Betsy Brantner Smith, who served in police departments in the Chicago suburbs for 29 years and is now a law enforcement trainer. Brantner Smith, a spokesperson for the National Police Association who has been a trainer for over 20 years, said every department is somewhat different in the way they adapt their curriculum to their communities.

In Minneapolis, recruits must obtain a peace officer license, which requires up to 1,000 hours of training, to get into the academy. Then, as an officer recruit, your time in the academy could range from four to six months. Some larger departments, like the New York Police Department or the Minneapolis Police Department, have their own police academies, while smaller cities share a police academy with surrounding areas.

According to Brantner Smith, academies have shifted away from the “stress academy” model, which she said is more “militaristic” and physically demanding. Instead, they are opting for training that emphasizes academics including defensive strategies, first aid, firearms training, as well as how to de-escalate situations.

“You have to learn everything from how to make a traffic stop to how to deliver a baby,” Brantner Smith told ABC News. “After 29 years, I learned everything from kind of a jujitsu style of defensive tactics to ground fighting. I learned all these different kinds in 29 years, and it depends on the policy.”

Robert Boyce, a retired chief of detectives with the New York City Police Department and an ABC News contributor, said that academy training also changes over time. He says what he learned in the early 1980s likely isn’t what officers are being taught today, and that some aspects of his training then may now be considered illegal.

“Unfortunately with law enforcement, something bad has to happen before it creates changes,” Boyce said. “When you’re dealing day in and day out with [different kinds of chokeholds], you’re inviting tragedy.”

In New York City, for instance, the use of chokeholds has been banned since 1993, but Eric Garner died in 2014 after an officer used one on him. Six years later, the state made chokeholds illegal. Many of the nation’s biggest departments, like the Chicago and Los Angeles Police Departments, have had some kind of ban on chokeholds before Garner or Floyd’s death made headlines.

However, a Washington Post analysis of the nation’s 65 largest departments shows that only about half of them have some kind of restriction on the use of neck restraints in 2020.

“[An FTO is] a senior officer that has more specialized training to help that new officer, that recruit or rookie, navigate being a real cop,” Brantner Smith said. “There’s a difference between being a cop in the academy and then being a real cop on the street.”

After field training is over, various training courses are provided to new officers in Minneapolis. This training includes “Use of Force Program, CEDs (Conducted Energy Devices), CIT (Crisis Intervention Team) and other programs as assigned,” the manual reads.

Officers are expected to continuously learn and adapt to the new defense and training tactics over the course of their careers.

“On-going training is essential to providing a professional level of service in law enforcement. Training offered by the MPD Training Unit will be consistent with the MPD’s mission, values, goals, and objectives,” the manual reads. “Minneapolis Police Department training will be provided in compliance with federal, state and city mandates.”

MPD’s de-escalation training, according to the department’s manual, advises officers “to slow down or stabilize the situation so that more time, options and resources may become available.” Additional officers at a scene can expand options on how to handle a situation. Officers are taught to place barriers between themselves and an uncooperative subject and how to use “distance, cover or concealment” to reduce potential situational risks, the manual reads.

Sgt. Ker Yang, a Minneapolis Police crisis intervention coordinator, took to the stand to testify in Chauvin’s trial that officers “have the time to slow things down and reevaluate and reassess and go through the [critical decision-making model.]” Yang says the model he references is intended on teaching officers about risk assessment, goals and actions, information gather and more — which should all be delivered with “voice neutrality, respect, and trust.”

When escalating force, according to MPD training materials highlighted in the trial, officers are told to begin by announcing their presence, and to escalate only when a lower force was ineffective, would likely be ineffective, or as a lifesaving tactic. Officers are told to use the least amount of force necessary to get a subject to comply, according to Lt. Johnny Mercil, who teaches use of force for the MPD.

Neck restraints are not to be used against subjects who are passively resistant, Mercil testified.

“We tell officers to stay away from the neck when possible,” Mercil testified.

Mercil testified that after a subject is restrained and handcuffed, they should be placed in a “recovery position” so they don’t suffer from positional asphyxia. Police surgeon Bill Smock took the stand several days later to testify that Floyd died of positional asphyxia.

Both Mercil and Blackwell, the former Minneapolis training commander, testified that the department did not train Chauvin in the technique of kneeling on someone’s neck for an extended period of time, particularly on someone who is no longer resisting. They both say they have taught about the danger of positional asphyxia in their training.

The lawyers for Thomas Lane, another officer on the scene who had been charged in connection with Floyd’s death, claim he asked Chauvin twice if they should turn Floyd on his side. Lane has been charged with aiding and abetting second-degree murder and second-degree manslaughter. Chauvin was the field training officer to both Lane and another officer Alexander Kueng who was also present at the time of Floyd’s arrest.

Minneapolis training policy has since changed since Floyd’s death. Instructors are now prohibited from teaching the use of neck restraints or chokeholds in the Minneapolis Police Department.

Many of the representatives from MPD denied the defense’s argument on Floyd’s conduct being based on his training.

“To continue to apply that level of force to a person proned out, handcuffed behind his back, that in no way shape or form is anything that is but policy,” Arradondo argued. “It’s not part of our training and it is certainly not part of our ethics or values.”

The Minneapolis Police Department did not respond to requests for comment.