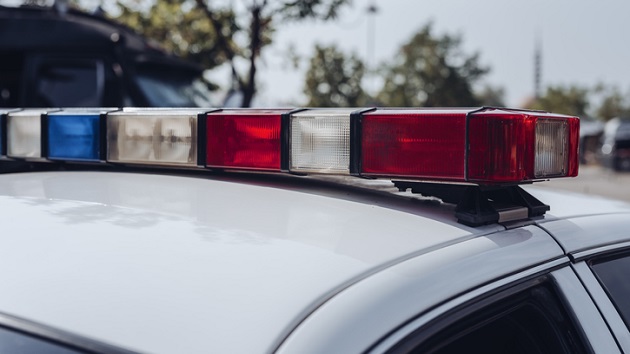 Firefighters have been working to contain a sprawling complex in central West Texas that has grown to more than 45,000 acres in Eastland County and several neighboring counties.

Eastland County Deputy Barbara Fenley lost her life while helping to save people as the Eastland Complex swept through the area Thursday night, authorities said.

Fenley was going door to door to evacuate people when the fires spread into Carbon on Thursday, according to a statement from the Eastland County Sheriff’s Office shared by Eastland County Today.

“With the extreme deteriorating conditions and low visibility from smoke, Sgt. Fenley ran off the roadway and was engulfed in the fire,” the statement said. “She will be deeply missed.”

Fenley, 51, had been a deputy with the sheriff’s office since 2013, having previously served as the chief of police in Gorman, Texas. She is survived by her husband and three children.

Texas Gov. Greg Abbott commemorated the loss at the top of a press briefing on the wildfires Friday evening at the Eastland Fire Department.

“We are sorrowful for her loss of life, but as a state, we have great appreciation for her service, for stepping up, for doing what Texas law enforcement officials do every single day,” Abbott said. “They put their lives on the line to preserve and to protect their communities. And that’s exactly what she did.”

Flags were lowered to half-staff in Eastland in honor of Fenley, who will be officially honored at a later date, Abbott said.

“She paid the ultimate sacrifice just to help people out, and I think that’s the biggest thing that’d I like people to know,” her son, Jon Fenley, told Dallas ABC affiliate WFAA in an emotional interview.

The deputy was fondly remembered by her law enforcement colleagues.

Below is a photo being shared by those agencies as they salute her service.

“It is with very heavy hearts that today we learned of the death of one [of] our Eastland County Deputies who put it all on the line last night trying to save people from the horrible fires,” the Cisco Police Department said in a statement Friday. “Our sister Barbara Fenley will be deeply missed. She was a special servant and an attribute to our profession. We will kneel in prayer for her family, friends and colleagues as they mourn.”

“Fenley gave her life trying to evacuate citizens from the Eastland Complex fires, which first-responders in the area are still battling,” the department said in a statement. “Thank you for your service, Deputy Fenley, we’ll take it from here.”

Fenley was found Friday morning in the town of Carbon, which has been devastated by the fires, officials said.

Fields said they haven’t found anyone else who is missing, and that first responders will do a “more intensive sweep” with canines in the town.

Four wildfires that ignited Wednesday and Thursday combined into the Eastland Complex, which as of Friday night was estimated to have burned 45,383 acres and was 15% contained.

“One message that I would like to exaggerate and express is that we are not out of danger yet for our high hazard fire risk,” Eastland County Fire Chief Joe Williamson said during Friday’s briefing.

Dry, windy conditions helped fuel the complex and hinder the air response to fight the complex, which was 13,000 acres by Thursday evening.

At least 48 fire departments from 22 different counties across the state have responded to help fight the wildfires, Abbott said.

“When you have a fire this large in this many different areas, you need all the help that you can get,” the governor said.

The wildfires have destroyed at least 50 homes in Eastland, Brown and Comanche counties, Abbott said.

“Probably as we are able to better surveil damages here in the coming days, we will find more than that,” he said, warning that there is ongoing danger due to the dry and windy conditions.

Abbott said Friday he will sign a disaster proclamation to assist 11 counties that are either currently affected or that may be impacted by wildfires.

In addition to the Eastland Complex, first responders are working to contain three other active fires in Reagan, Sterling and Runnels counties.