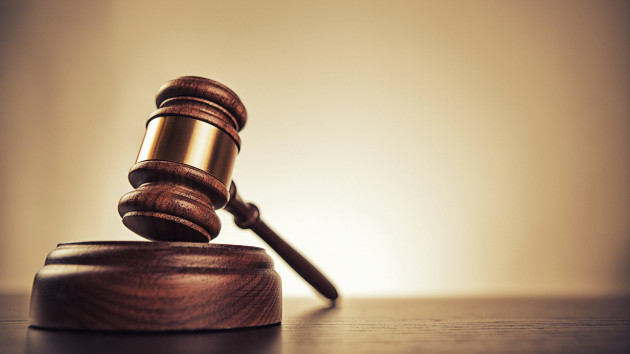 Two entities of the Trump Organization — the Trump Corporation and the Trump Payroll Corporation — are on trial for paying the personal expenses of some executives without reporting them as income and for compensating them as independent contractors instead of full-time employees.

In her closing statement, defense attorney Susan Necheles pinned the scheme on Allen Weisselberg, the Trump Organization’s former chief financial officer who pleaded guilty in August to a 15-count indictment, and said the company is not liable for his criminal conduct.

“The prosecution’s case rests on one thing: trying to convince you, the jurors, that Mr. Weisselberg’s actions were done in behalf of the company,” Necheles said. “They were not. They were done solely to benefit himself. And that is the critical issue in this case.”

The longtime CFO testified at trial that he reduced his reported salary by the total amount of the personal expenses that the company covered, and that the company benefitted by paying less in payroll taxes. He also testified that his primary motive was greed.

“This case is about greed. But only the greed of Allen Weisselberg,” said defense attorney Michael van der Veen, who represents the Trump Payroll Corporation. “There’s not any dispute about what Allen Weisselberg did. The real question is, ‘Who did he do it in behalf of?"”

Van der Veen suggested that the real crime was not the company’s decision to pay Weisselberg’s rent, the lease on his Mercedes Benz, or his grandchildren’s school tuition — but Weisselberg’s failure to report those perks on his income taxes. The attorney questioned why the Manhattan district attorney’s office charged the company.

“They wanted something with the Trumps attached to it,” van der Veen said, drawing an objection from prosecutor Josh Steinglass that the judge overruled.

The defense also tried to convince the jury the Trump Organization’s outside accountant, Donald Bender of Mazars USA, should be blamed for failing to flag the company to fraud or other criminal conduct.

“Bender never told the owner of the Trump Corporation, President Trump, that there was anything wrong,” defense attorney Susan Necheles said. “There can be no claim that President Trump had any knowledge or belief that the fringe benefits were illegal.”

The defense prepared a scorecard for the jury that listed elements of the scheme and boxes to check “yes” or “no” regarding whether there was an intent to benefit the Trump Organization. Necheles paired it with transcripts of select testimony in which witnesses said the sole beneficiary was Weisselberg.

But some of the transcript pages displayed for the jury included answers to questions that had been successfully objected to, which caused a delay while the pages were reviewed and prosecutors sought corrections.

“It’s your responsibility to make sure this doesn’t happen again,” Judge Juan Merchan told the defense. “I don’t fault the People for being upset.”

The outcome of the case could turn on the vagaries and nuances of a part of New York criminal law that even the presiding judge has called “confusing.” Judge Juan Merchan said Wednesday he would allow defense attorneys to argue in their closing statements that prosecutors failed to show Weisselberg acted “in behalf of” the company.

The confusing part, the judge said, is that the New York state legislators who drafted the relevant statute did not define exactly what “in behalf of” means in that context.

The judge said he would not allow the defense to “overstate what that intent was.”

Prosecutor Josh Steinglass said he planned to tell the jury in his closing statement that Weisselberg qualifies as a “high managerial agent” of the company and that he committed his crimes while in his official capacity in a manner that benefitted the company.

“It was understood that by having less payroll you’d have less payroll taxes,” Weisselberg acknowledged on the stand.

The longtime CFO, who agreed to testify as part of a plea deal with prosecutors, said his primary goal in arranging the perks was to “save pretax dollars.”

If convicted, the company faces fines of up to $1.7 million. Potentially more significant could be collateral consequences if banks call in loans or partners cancel contracts.

The trial also revealed that Trump reported nearly $1 billion in operating losses over a two-year period about a decade ago, spilling into public view tax information that the former president had tried repeatedly to keep private.