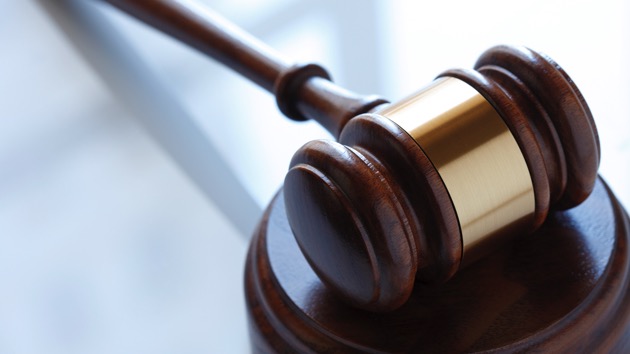 (OAKLAND, Calif.) — The main leaseholder of an Oakland warehouse that caught fire during a party in 2016, killing 36 people, was sentenced Monday to 12 years in prison but may spend the remainder of his term at home as part of a plea deal with prosecutors.

Derick Almena, 50, will serve one-and-a-half years at home with a GPS ankle monitor due to credit for time already spent behind bars while awaiting trial and good behavior. He will also be required to complete three years of post-custody supervised release. The defendant was already on house arrest after being released from jail last year due COVID-19 concerns.

Almena pleaded guilty in January to all 36 counts of involuntary manslaughter in exchange for the 12-year split prison sentence, which marks the end to a case that was first derailed by a hung jury and then the coronavirus pandemic. Relatives of those who died in the blaze had urged the judge to refuse the plea deal and have another trial instead.

In a victim impact statement read to the court by their attorney on Monday, the family of Sarah Hoda, who was among those killed, called the plea deal a “lenient, slap-on-the-wrist sentence” that “would shortchange 36 victims and their families.”

Alameda County Superior Court Judge Trina Thompson acknowledged that the plea deal was deeply unsatisfactory to the victims’ loved ones but said she accepted it for a number of reasons, including the difficulty of holding a trial amid the pandemic and the fact that Almena had admitted his guilt.

“This case has probably been one of the most overwhelming experiences that I as a jurist have ever had,” Thompson said during the sentencing hearing. “This one haunts me on a regular basis.”

In a statement read to the court by his lawyer, Almena apologized to the victims and and their families, saying he was “sick with shame.”

“My shame cannot stand as any defense against what I am responsible for,” Almena said. “It is my fault, my terrible accumulation of error, that shaped and built a place so dangerous.”

Almena was also ordered to pay about $181,000 in restitution as well as the court-ordered fines and fees associated with the offense. A restitution hearing will be held April 30.

Prosecutors said Almena was criminally negligent when he illegally converted the industrial warehouse in Oakland’s Fruitvale neighborhood into a residential and event space for dozens of artists, packing it with furniture, extension cords and other flammable materials. Prosecutors described the cluttered, dilapidated building that housed the artists’ collective, dubbed the “Ghost Ship,” as a “death trap” with only two exits and no fire alarms, smoke detectors or sprinklers.

The warehouse caught fire on the night of Dec. 2, 2016, as dozens of partygoers attended an electronic music concert on the second floor. Many of those killed were trapped by smoke and flames on the illegally constructed second floor, unable to escape down the narrow, makeshift staircase, according to prosecutors. The incident was the nation’s deadliest structure fire in more than a decade.

“Thirty-five out of the 36 people who lost their lives in this tragic fire were attending a concert that night. They had no idea just how dangerous the building really was,” Alameda County District Attorney Nancy O’Malley said in a statement Monday. “They went to the Ghost Ship with the expectation of being entertained and returning safely home.”

Almena’s associate, Max Harris, was also arrested and criminally charged in connection with the deadly inferno, but he was found not guilty in 2019.

“From the very occurrence of this tragedy, the families and loved ones of the victims have been at the forefront of our minds,” O’Malley said. “Although this case is now resolved, those who tragically lost their lives that night will be remembered and mourned forever.”