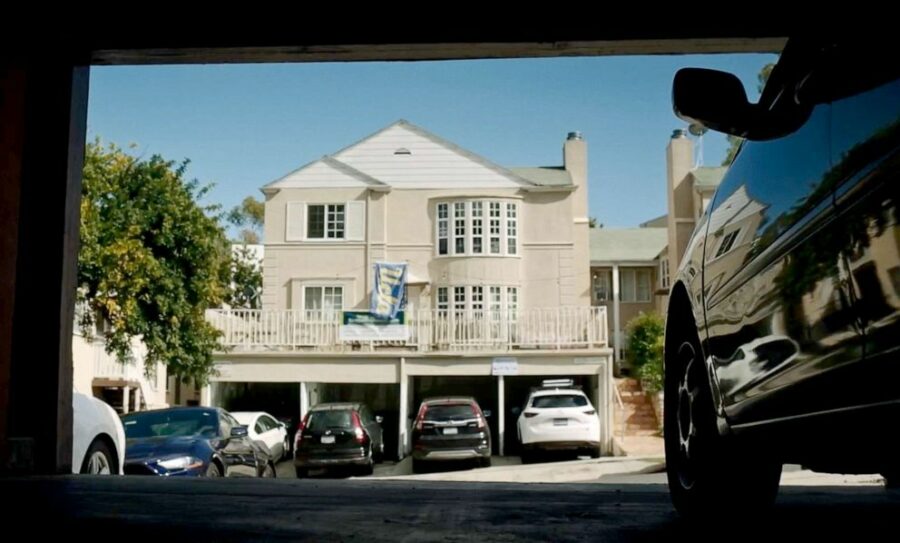 (LOS ANGELES) — Westwood, the picturesque Los Angeles neighborhood home to UCLA, is the “perfect college town,” according to one student. “It’s beautiful. It feels safe.”

But one morning in September 2015, just as a new school year began, a bright, promising student was brutally stabbed to death and set on fire in her Westwood apartment in an unfathomable crime that sent shockwaves across campus.

“When Andrea was in high school, she loved learning. She was always reading, going to museums,” said her mother, Leslie DelVesco, to ABC News. “She was interested in studying psychology. I thought, ‘That is a perfect career for you — you’re a natural."”

She blossomed at UCLA, where she loved hanging out with her Pi Beta Phi sorority sisters and doting on her dog, named Shay Panda.

“After we had moved Andrea in,” her mom recalled, “I looked at her and I said, ‘Honey, this is your opportunity to grow and to be whoever you want to be."”

Watch the ABC News Studios six-part series, “Death in the Dorms,” which tells the tragic stories of six college students whose lives were cut short by violent crime. The series begins streaming exclusively on Hulu on January 5, 2023.

In the early hours of Sept. 21, 2015, Sarah Muhr, another Pi Phi sister who lived above DelVesco in a Westwood apartment complex, called 911.

“I woke up because I heard somebody screaming and I heard a dog barking,” Muhr said to ABC News. “I called Andy’s phone a couple times, she didn’t answer. And I immediately just dialed 911. … I just had this terrible feeling.”

Responding officers spoke with Muhr and then started to look at the various apartments, including DelVesco’s, according to Victor Avila, a deputy district attorney in Los Angeles County.

The officers “did not notice any damage or any signs of [a] break in,” Avila said to ABC News. “They did not see anything. And given what they had, they didn’t feel at the time that it was necessary for them to knock on any doors. And so at that point, they left.”

After the officers left, Muhr said she heard a loud noise from a room below her.

“So I run to my balcony. And then saw Andy’s room on fire, and then this guy running out of Andy’s room. And he’s, like, got a blanket over himself,” she said. “I ran out to the street and saw this red car driving away.”

In the car’s back window were letters for the Lambda Chi Alpha fraternity.

“All the other girls started to wake up because the fire alarms were going off, and then everyone’s like, ‘Where’s Andy?"” Muhr said.

“Once the fire is out, firefighters were able to see the body of a young woman who was on the bed. Her body was charred … almost unrecognizable,” Avila said. “They also noticed that there was a dog. The dog had belabored breathing, he was burnt.”

‘The killer tried to cover up his crime’

The shocked Pi Phi sisters told police they had all been together the night before, drinking wine at home and preparing for sorority rush.

“She did not have a boyfriend at the time, so we thought could it have been a Tinder date gone wrong,” sorority sister Jacquie Madeiro said to ABC News. “Just thinking about the fear she must have gone through — I was just really scared.”

Andrea DelVesco was stabbed 19 times throughout her body, including two cuts to her neck, Avila said.

A trash can had been put on her bed and set on fire. No smoke was found in Andrea DelVesco’s lungs, so it appeared she was killed before the fire was set, Avila said.

“Detectives believed the killer tried to cover up his crime by setting her and her room on fire,” he said.

As soon as Andy’s mom arrived in Los Angeles, she said she wanted to see her daughter’s body.

“I knew she was dead, but part of me didn’t want to accept it until I had seen her,” Leslie DelVesco said. “I just wanted to hold her one last time. And [the police] said, ‘Well, we cannot allow that until the autopsy has been completed."”

But she was allowed to go to the animal hospital to see her daughter’s injured dog, Shay Panda.

“The doctor came over and he said, ‘She is suffering.’ We all agreed that it was better if we just let Shay Panda go to join Andrea,” she said. “We said goodbye to Shay Panda and sent her to kiss Andrea for us. And then it hit me — if Andrea was involved in that same fire, what her body must have looked like.”

As officers swarmed the college campus, two UCLA students who lived across the street from Andrea DelVesco’s complex told officers that their apartment was burglarized “around the time when Sarah Muir had reported individual out in front of her apartment,” Avila said.

“Items stolen from their apartment included laptops and Sonos speakers, which you have to register online in order to use,” Avila said. “Two days after Andrea DelVesco’s murder, a represented from Sonos speakers tells a police officer someone did try to register those stolen Sonos speakers online using a new email address. With the email address … detectives have the name of someone in Fresno who is connected to the speakers.”

Police contacted that individual listed on the email, Avila said. That individual told the officers he borrowed the speakers from his roommate, Alberto Medina.

“Medina’s roommate tells them that Alberto Medina was down in Los Angeles visiting a friend at UCLA that weekend,” Avila said, “and that when he came back, he had these Sono speakers.”

Medina, a 22-year-old Fresno State University student with no criminal record, admitted to police that he stole the speakers, a laptop and alcohol.

Medina told the officers that the friend he was visiting, Eric Marquez, was the one who killed Andrea DelVesco — but officials said the evidence told a different story.

“Sarah Muhr made the 911 call about the fire and about the suspect fleeing the scene sometime around 7:01 a.m.,” Avila said. “Sarah sees this individual jumping over Andrea’s balcony onto the courtyard, and his back is covered with a red blanket.”

Marquez told police “he was heavily intoxicated,” Avila said. “He doesn’t remember what’s been shown to him on the surveillance video and he can’t remember the details of the critical hour when the murder happened.”

Police found Medina had several scratches and abrasions on him, while Marquez had none, according to Avila.

On Sept. 21, 2018, three years to the day after the college senior’s life was taken, her convicted killer, Alberto Medina, was sentenced to life in prison without the possibility of parole. Medina had been found guilty in May 2018 of murder, arson, burglary and animal cruelty.

“According to one of Andrea’s roommates, Andrea fell asleep at about 3 a.m. Later that morning, detectives believed Medina went inside her apartment,” Avila said. “He stabbed her 19 times while she was screaming. Then he is able to remain in that room while police officers are investigating the disturbance for that first 911 call. He doesn’t panic. He remains in the room and then thinks about how to destroy evidence, and he does so by setting her and her room on fire.”

The conviction brought “huge relief” to her mom.

“He was finally going to be serving his punishment for killing Andrea,” Leslie DelVesco said.

As for Eric Marquez, Avila said, “There was insufficient evidence to show that Marquez knew exactly what happened inside Andrea DelVesco’s apartment. We believe that it was best to settle the case with Marquez for something that was more appropriate to his conduct. Marquez pled guilty to aiding and abetting the burglary of Andrea DelVesco and accessory after the fact. He received a sentence of 2 years and eight months in state prison.”

“Andrea was here to show us a deeper understanding of what love is,” Leslie DelVesco said. “She taught me that love is boundless and infinite and for us all to treasure the moments that we do have with each other.”