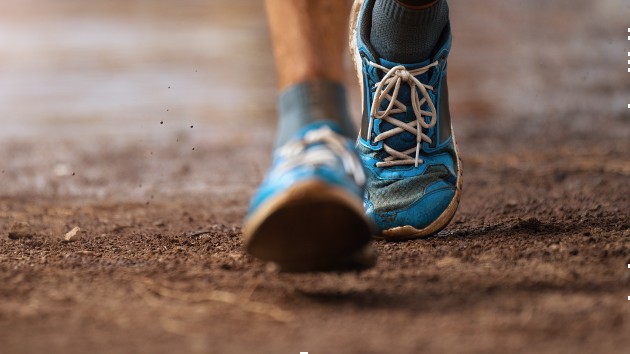 (NEW YORK) — Days after an avid long-distance runner mysteriously vanished in Northern California, police are “further scaling down operations” to find him, they announced Wednesday evening.

Philip Kreycik, 37, drove to the Pleasanton Ridge Regional Park at about 11 a.m. Saturday, parking at the Moller Trail staging area, to go for an 8-mile run, according to the Alameda County Sheriff’s Office.

The Berkeley resident told his wife he’d be gone for an hour, police said. He has been missing ever since.

“Philip is an endurance athlete and is in top physical condition. He is also well versed on rural terrain and outdoor environments,” Sheriff’s Sgt. Ray Kelly said in a statement Tuesday. “Temperatures that day on the ridge were about 106 degrees but were not a deterrent for Phillip who thrives in extreme environments.”

“This is a very bright man who went to Harvard and MIT, a man that’s analytical in his thinking, a guy that runs ultramarathons,” Kelly told ABC San Francisco station KGO-TV.

Wednesday marked “the last fully operational day” of the “exhaustive” five-day search, Pleasanton Police Department said, announcing that the department and aiding agencies are “further scaling down operations” to find him.

The search included more than a dozen agencies from across the state and nearly 300 volunteers, police said. Dogs, drones, helicopters and an airplane with advanced thermal imagery were also deployed, the sheriff’s office said.

Kreycik is the father of a 3-year-old and 10-month-old with his wife, Jen Yao.

“I know in my heart of hearts he’s out there,” Yao told KGO. “He’s out there and he’s alive and he’s waiting for us. And maybe he’s dehydrated, maybe injured, delirious.”

Police said Kreycik is described as white with a thin build, brown hair and brown eyes. He has no known health conditions.

Anyone with information is asked to call the Pleasanton Police Department at (925) 931-5107.