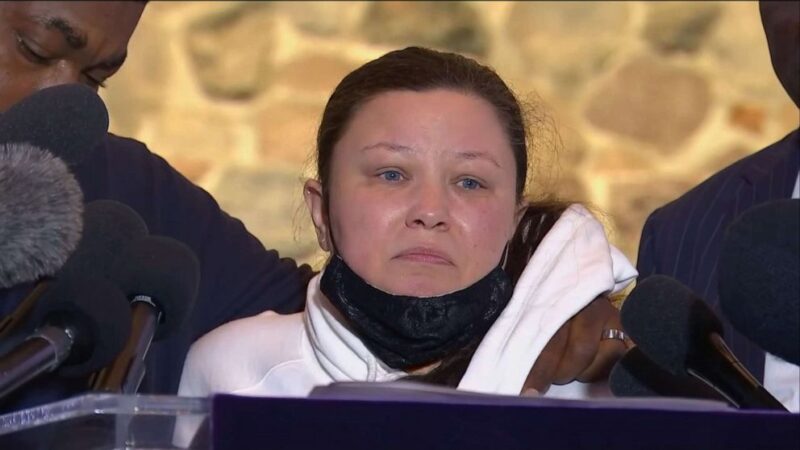 (BROOKLYN CENTER, Minn.) — The mother of Daunte Wright, the 20-year-old Black man shot dead by a Minnesota police officer at a traffic stop, said she “wants 100% accountability” in the wake of the officer’s arrest.

“If that even happens, we’re still going to bury our son,” Wright’s mother, Katie Wright, said at a Thursday news conference. “We’re still never going to be able to see our baby boy.”

“There’s never gonna be justice for us,” she added.

“I have anger, hatred, sadness,” Katie Wright told ABC News Thursday. “You have so many feelings.”

Daunte Wright was shot by Brooklyn Center police officer Kim Potter on Sunday when the veteran officer allegedly mistook her gun for a Taser, according to the former police chief.

“My son was a good young man,” his father, Aubrey Wright, said at the news conference. “We were building my son up to be somebody.”

“The way he was killed, he did not deserve that,” he said.

“It’s very difficult for this family to accept that this is an accident when you have a veteran [Potter] who has been on the police force for 26 years,” Ben Crump, an attorney representing the Wright family, said at the news conference.

“It was over-policing. It was excessive use of force,” Crump said. “Because we have a propensity in America to over-police marginalized minorities — especially Black men.”

He continued, “Why don’t they deescalate when there’s so many Black people who are unarmed?”

The shooting unfolded Sunday afternoon, after Potter and an officer she was training pulled Daunte Wright over for an expired registration tag on his car, and then determined during the stop that he had an outstanding gross misdemeanor warrant, then-Brooklyn Center Police Chief Tim Gannon said Tuesday.

When the officers tried to take Daunte Wright into custody, he got back into the car, police said. Potter then announced that she would use the taser on the 20-year-old, according to the Washington County Attorney’s Office.

Potter pointed her handgun at Daunte Wright, “saying again that she would tase him,” prosecutors said in a statement Wednesday. “Potter said ‘Taser, Taser, Taser,’ and pulled the trigger on her handgun.”

“Y’all see the difference,” Daunte Wright’s aunt, Naisha Wright, said at the family news conference, holding photos of the taser and the gun next to each other.

“My nephew was killed with this: a Glock,” she said.

“All we ask for is, please … help us to go ahead and get something done, a conviction,” she said.

Potter made her first appearance in court on Thursday afternoon. She is set to return to court on May 17.

Potter and Gannon have submitted their resignations.