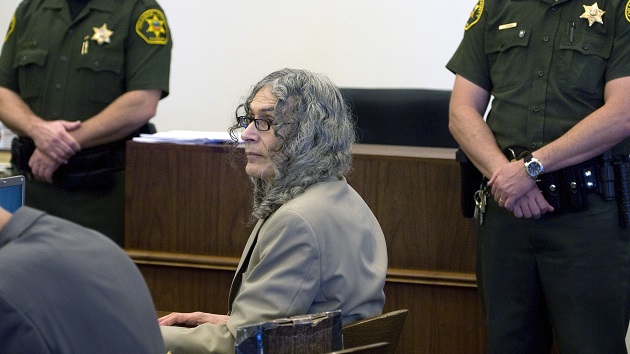 Alcala, 77, died of natural causes at 1:43 a.m. Saturday at a hospital in the community near Corcoran State Prison, the California Department of Corrections and Rehabilitation said in a statement.

Alcala was known as “The Dating Game” killer for his appearance as a winning contestant on the television game show in 1978.

He was previously sentenced to death twice for the murder of Samsoe — in 1980 and then again in 1986 — though those sentences were later overturned in appeals and he was granted new trials.

Alcala also pleaded guilty to the murders of two other women in New York — Cornelia Crilley in 1971 and Ellen Jane Hover in 1977. He was sentenced to 25 years to life in 2013.

He has been linked to or suspected of murders in other states. In 2016, he was charged by Wyoming prosecutors with the murder of 28-year-old Christine Ruth Thornton, who disappeared in 1978 when she was six months pregnant and whose body was found four years later, though authorities ultimately decided not to extradite him to Wyoming for trial due to his failing health.

Alcala’s execution in California had been postponed indefinitely due to a moratorium on the death penalty instituted by the state in 2019.

A successful photographer, Alcala often would lure women and girls by approaching them on the street and offering to take their picture before attacking them, investigators said. While investigating the murder of Samsoe in 1979, investigators found hundreds of photographs in a Seattle storage locker belonging to Alcala of unidentified women, girls and boys, as well as jewelry believed to be trophies of some of his victims.

In 2010, the Huntington Beach Police Department released the photos taken by Alcala confiscated decades earlier to determine whether they may have been victimized by him. Prior to his death, he had not disclosed whether there were other victims.