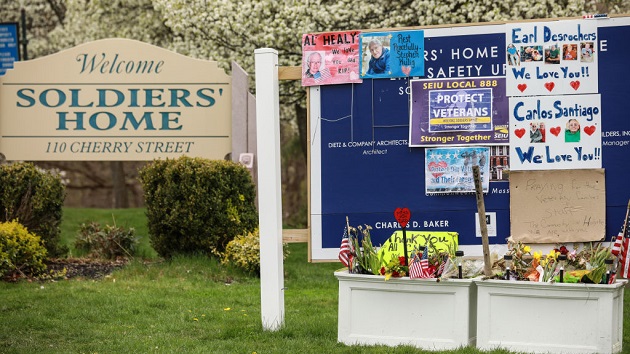 The facility made national headlines last year, when 77 veterans, who were residents of the home, died of coronavirus in the early months of the pandemic.

The prosecution focused on a decision, taken on March 27, 2020, to consolidate two dementia units into one.

Healey alleged that Walsh and Clinton were “ultimately responsible for the decision” that led to tragic and deadly results” of combining the 42 veterans into a single unit that usually accommodates 25 beds. Six or seven veterans were placed in rooms meant to hold only four people. Due to overcrowding, nine beds also were placed in a dining room.

“There is insufficient reasonably trustworthy evidence that, had these two dementia units not been merged, the medical condition of any of these five veterans would have been materially different,” wrote Hampden Superior Court Judge Edward J. McDonough, Jr., in a dismissal on Monday. “Therefore, because the evidence does not support a finding of probable cause to believe Mr. Walsh or Mr. Clinton committed any crime, I must dismiss the indictments against both.”

The five specified veterans in the original suit had “already” been exposed to COVID-19 before the merger took place, the judge wrote.

In a statement to ABC News, a spokeswoman for Healey wrote that the office is considering other legal options moving forward.

“We are very disappointed in today’s ruling, especially on behalf of the innocent victims and families harmed by the defendants’ actions. We are evaluating our legal options moving forward,” wrote spokeswoman Jillian Fennimore.

When the suit was filed in September of 2020, Susan Kenney, whose father, Charles Lowell, served in the Air Force from 1960 to 1965, during the Vietnam War, and died at the facility as a result of the outbreak, told ABC News that she welcomed the charges.

“I think that Bennett Walsh and Dr. Clinton should have to dig every grave that hasn’t been dug yet — as well as whatever time they receive if they’re found guilty,” Kenney said last fall. “They need to accept responsibility and account for their behaviors and the actions that they took.”