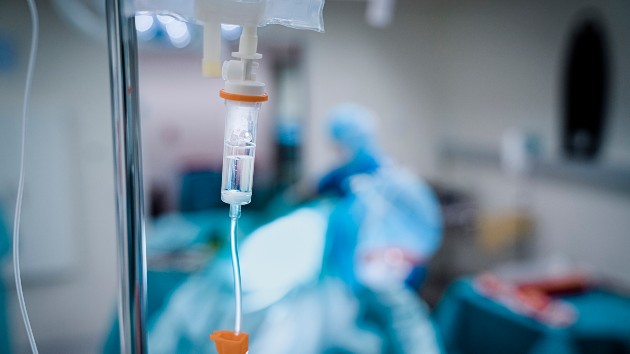 (NEW YORK) — COVID-19 has killed more than 500,000 people in the United States — an unimaginable toll that has had ripple effects across the country.

But some families have endured that loss multiple times over, with the virus taking parents, children and siblings, often in quick succession.

The deaths have come across the U.S., early on in the pandemic and later, and affected those of various ages and backgrounds.

Surviving family members — some of whom were battling COVID-19 as they lost or mourned their loved ones — are often left questioning why they lost so much to the virus. Many also suffer from deep, lingering grief and have forged a bond to help each other through this devastating time.

“It’s not fair,” Erika Martinez, of Fresno County, California, who lost her father and brother to COVID-19 this month, told ABC News. “Why did my dad and brother have to go? That’s how I feel.”

“COVID’s so wicked. It just, you know, hits everybody differently,” she told ABC News. “That’s a hard thing too, because why was our family so hard-hit? We don’t want that for anybody else.”

At the beginning of the pandemic, sisters Cathrine Solomon and EmyLou Solomon Rodriguez, of New York, recalled not realizing how serious COVID-19 was.

Then their parents contracted the disease in mid-March, were both hospitalized and put on ventilators.

“They could not say their final goodbyes to each other, so it was very traumatic, very quick and sudden,” Solomon Rodriguez, 43, told ABC News. “I don’t know what the word is, but I think a lot of other families were going through the same thing that we were going through — where it was slow, the symptoms were just slow-coming, and then all of a sudden, COVID turns your whole life upside down and takes everything away.”

Their father, Antonio “Tony” Solomon, 71, died first on March 26. A dedicated public servant, he enlisted in the Navy and served for 23 years, then worked as a U.S. postal worker for 15 years before retiring.

His wife of 43 years, Estelita “Estie” Solomon, 72, died two weeks after him, on April 10. A retired nurse, she worked for 36 years at Wyckoff Heights Medical Center in Brooklyn. Like her husband, she had immigrated to the U.S. from the Philippines to pursue the American dream, “and I believe they achieved it,” Solomon Rodriguez said.

COVID-19 struck the Solomon family again, when Antonio Solomon’s younger brother, Nazario Solomon Jr., of Roselle, New Jersey, 67, died from the virus on April 17. Within a month, the sisters lost their parents and uncle.

“In our family, our grandparents live to the 90s,” Solomon Rodriguez said. “We were expecting my parents to live out a long, fulfilling life. And if it wasn’t for COVID, they would still be here today. Their life was cut short.”

‘Our life will never be the same now’

When her parents and eldest brother were hospitalized with COVID-19 last year, Kelly Styers didn’t fear the worst.

“Never in a million years, even when the tests came back positive, I never thought they were gonna die, ever,” Styers, 54, said. “That never crossed my mind.”

“Our life will never be the same now,” Styers said.

Dan and Irene Cruz were married for 52 years and were devoted to their children and 11 grandchildren. They were a tight-knit Michigan family, said Styers, who would talk with her mother multiple times a day. Dan Cruz, a Vietnam veteran, worked at the Ford Motor Company, and Irene Cruz worked at Marshalls before they both retired.

Their dad could be counted on to fix anything, his son, Kevin Cruz, 42, told ABC News.

“Whenever we had a problem, you know, we just called him,” he said.

Kevin Cruz and his brother were very close from a young age and would often go to baseball and football games. Keith Cruz, who also worked at Ford, was very proud of his four young children and had a “heart of gold,” his sister said. He loved motorcycles, though never had a chance to ride his newest Harley-Davidson before he died.

In the months since their passing, the family has honored their parents and brother at every holiday and birthday. On Dan Cruz’s birthday in December, they had his favorite foods — tamales and Twinkies. The last time Styers saw her mother before she was hospitalized with COVID-19 was for her 71st birthday last March. Her upcoming birthday will be particularly hard because of that, Styers said.

“They’re not physically there, but they’re literally a part of everything that we do,” Styers said. “They’re in our heart all the time.”

‘My dad was my rock’

While the first wave of COVID devastated East Coast cities, California was hit with a crushing surge in the fall and winter months.

Earlier this month, Erika Martinez, of Clovis, Fresno County, lost her father and brother to the virus within hours of each other.

Her dad, Thomas Martinez, 57, died on Feb. 6, days after being hospitalized. About eight hours later, her oldest brother, Antonio Martinez Garcia, 33, died at his home, she said.

“I dropped my dad off at the hospital. I thought I was gonna pick him up again and I didn’t, and that hurts,” Erika Martinez said. “Our last conversation we had on text, he’s like, ‘I got 45 more years left in me."”

Thomas Martinez had a special bond with each of his four children, his only daughter said.

She already knew what song she and her dad would dance to one day at her wedding — “You’re a Big Girl Now” by the Stylistics.

Thomas Martinez was a “huge” Los Angeles Dodgers and Los Angeles Rams, she said, and shared that passion with his children.

Like his dad, Garcia was dedicated to his family. “He loved family,” Erika Martinez said. Both Garcia and her dad had worked at Chukchansi Park, home to the Fresno Grizzlies.

The pandemic was already challenging as the family navigated restrictions, said Erika Martinez, before she had to plan her father’s funeral.

“I really hate COVID,” she said. “But the fact that it took my dad and brother from me, I hate it even more so.”

As the number of COVID-19 deaths has continued to go up, now surpassing half a million people, families are confronted with their loss daily.

“You can’t turn on the television or do anything without seeing stories about the virus,” Styers said. “There’s no escape.”

The pandemic is creating what psychologists refer to as prolonged grief, according to Camille Wortman, a grief and bereavement expert.

“You grieve very intensely for a long time and you have a lot of symptoms — depression, anxiety and so forth,” Wortman told ABC News.

COVID-19 itself has also impacted the grieving process. Styers waited a couple of months before holding a funeral for her parents.

“When they die you grieve terribly,” she said. “Then it feels like they died again.”

Some, like Kevin Cruz, were by themselves when their family members were dying because they, too, had COVID-19.

“That was very rough, just being down here all by myself. All the stuff that’s going on and I can’t even get a hug from my wife or my kids or even see anybody because I’m stuck in the basement,” he said. “Not being able to embrace anyone — it’s crazy how you make it through something like that.”

Cathrine Solomon, 35, was suffering from COVID-19 as well while her parents were hospitalized. She went to the hospital herself three times but was afraid of what might happen to her there.

“I was scared that I was gonna get intubated and die,” she told ABC News.

A COVID-19 long-hauler, she still has lingering effects of the virus.

When they buried their father, she and her sister had to socially distance themselves.

“We couldn’t touch each other,” Solomon Rodriguez said. “We had to stay 6 feet apart.”

Finding support for grief during this time is key, Wortman said. The Cruz and Solomon families have become involved in COVID Survivors for Change, which holds weekly meetings for those impacted by the virus, providing an opportunity to meet others who know what they’re going through. Martinez has found some solace through her church.

Solomon Rodriguez and her sister are also working to hold a memorial this spring to honor Queens, New York, residents, like their parents, who have died from COVID-19.

“Our parents were [not] just numbers,” Cathrine Solomon said. “They were real people with good lives, who had so much life in them.”

They want to share their parents’ story to encourage others to take the virus seriously “so that we could stop the spread,” Solomon Rodriguez said. “So that my parents didn’t die in vain.”