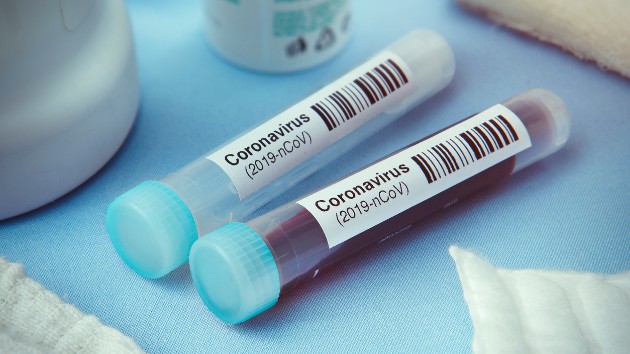 (NEW YORK) — A pandemic of the novel coronavirus has now infected more than 104 million people worldwide and killed over 2.26 million of them, according to real-time data compiled by the Center for Systems Science and Engineering at Johns Hopkins University.

Here’s how the news developed Wednesday. All times Eastern:

The seven-day average for COVID-19 hospitalizations and deaths has been declining, according to The COVID Tracking Project.

On Wednesday, the seven-day average for hospitalizations was 96,534, the health data showed.

With the exception of Vermont, all U.S. states and territories have seen either declines or no changes in their seven-day hospitalization rates, the tracking project said.

The seven-day average for deaths was 3,039, according to the health data.

“We have seen the 7-day average for new deaths decrease for over a week,” the tracking project tweeted. “At the same time, states are reporting an average of 3,000 people dying per day. The data is hopeful and devastating.”

All tournament personnel and players are undergoing testing and isolating in their hotel rooms until they get a negative result, Tennis Australia, the tournament’s organizers, said.

“We will work with everyone involved to facilitate testing as quickly as possible,” organizers said in a statement.

Organizers did not say how many of the athletes staying at the Grand Hyatt Melbourne would be affected.

This is the second COVID-19 incident to derail the Australian Open after passengers on a special charter flight bringing players to Australia also tested positive. That incident caused a number of players to be confined to their hotel rooms for two weeks.

On Tuesday the number of Americans who’ve received a first vaccine dose reached 27.1 million, surpassing the number of total COVID-19 cases in the U.S. to date, according to a report from the Department of Health and Human Services.

In total, 8% of the population has received one or more doses.

Just over 26.5 million people have tested positive for COVID-19 in the U.S., according to Johns Hopkins University.

Despite older people being more likely to suffer severe illness or death, Americans between the ages of 20 and 49 were the ones responsible for 72.2% of COVID-19 spread in the U.S. according to a study from the Imperial College London.

Adults ages 35 to 49 were responsible for more than 41% of spread, the study found. Researchers believe this was not the result of schools reopening, but more likely because of the amount of movement in the community.

Switzerland’s drugs regulator has declined to authorize a COVID-19 vaccine developed by England’s University of Oxford and British-Swedish pharmaceutical giant AstraZeneca because the data that’s been submitted and analyzed so far “are not yet sufficient.”

“To obtain more information about safety, efficacy and quality, additional data from new studies are needed,” the Swiss Agency for Therapeutic Products, also known as Swissmedic, said in a statement Wednesday.

“The data currently available do not point to a positive decision regarding benefits and risks,” the agency added. “To obtain a conclusive assessment, the applicant will among other things have to submit additional efficacy data from a Phase III trial under way in North and South America, and these will have to be analysed. As soon as the results have been received, a temporary authorisation according to the rolling procedure could be issued at very short notice.”

Switzerland joins a growing list of European countries expressing skepticism over the amount of available trial data and the vaccine efficacy among older age groups. On Tuesday, health officials in both Belgium and France announced that, pending additional data, their countries won’t recommend the Oxford/AstraZeneca vaccine to anyone over the age of 55. Last week, Germany’s vaccine commission said the shot should not be administered to people older than 65, citing “insufficient data.”

Meanwhile, the U.S. Food and Drug Administration has said it wants to see the results from a large, ongoing trial in the United States before authorising the Oxford/AstraZeneca vaccine.

A COVID-19 vaccine developed by England’s University of Oxford and British-Swedish pharmaceutical giant AstraZeneca not only protects people from serious disease and death but also may have a substantial effect on transmission of the virus, according to a new study that has not been peer-reviewed.

In a preprint published Tuesday, which is currently under peer review at the medical journal The Lancet, University of Oxford researchers said an analysis of further data from ongoing clinical trials of the two-dose vaccine shows a 67% reduction in positive swabs among those who received a single dose.

It’s the first study to document evidence that any COVID-19 vaccine can reduce transmission of the virus.

Researchers said the analysis also reveals the vaccine efficacy is higher at longer prime-boost intervals and that a single dose of the vaccine is 76% effective from 22- to up to 90-days post vaccination, according to the manuscript.

Olympics organizers unveiled on Wednesday the first of a series of “playbooks,” step-by-step guides for key stakeholders to a safe and successful Games in Tokyo this summer amid the coronavirus pandemic.

“We are very confident for a number of reasons,” Christophe Dubi, Olympic Games executive director of the International Olympic Committee (IOC), said during a virtual press conference. “Tokyo is the best prepared city we have ever seen.”

The playbooks explain what to do before leaving home, when entering Japan, during the Games and when leaving the country. The outlined protocols include physical distancing and good hygiene measures, regular testing and temperature checks, as well as rules of conduct until departing Japan.

“Safety would be the utmost priority,” Hidemasa Nakamura, Games delivery officer of the Tokyo 2020 organizing committee, told reporters. “The virus will not completely disappear, wherever you are.”

“Of course, we have no telling of what the situation will be in the summer,” he added.

The playbook released Wednesday, which is for members of international federations and technical officials, states that individuals must take a COVID-19 test approved by the Japanese government within 72 hours of the departure time of their flight to the country, be prepared to take another test at the airport in Japan, expect regular testing during the Games depending on the nature of their role, be ready to have their temperature checked every time they enter an Olympic venue and be prepared to take a final COVID-19 test before departing Japan. They will not need to self-quarantine upon arrival in Japan, nor will they be required to get vaccinated against COVID-19 in order to participate in the Games.

Additional playbooks for athletes, members of the press and others will be published in the coming weeks ahead of the opening of the already delayed Tokyo Olympics on July 23. Updated editions may also be released as the COVID-19 situation evolves, according to organizers.

A decision on whether to limit spectators will be made by spring. Spectators would also be expected to follow a number of rules, organizers said.

The U.S. Centers for Disease Control and Prevention now projects that the country will have recorded up to 534,000 COVID-19 deaths by the end of February.

The CDC on Wednesday published its latest national ensemble forecast, which predicts that the country’s COVID-19 death rate will likely decrease over the next four weeks, with 11,300 to 22,600 new fatalities from the disease likely reported nationwide in the week ending Feb. 27. A total of 479,000 to 514,000 COVID-19 deaths are projected to be reported nationwide by this date.

“Watch the Super Bowl on TV, enjoy it, have a party in your house with your family with the people who are there,” Fauci told ABC News chief anchor George Stephanopoulos in an interview Wednesday on Good Morning America.

“You don’t want parties with people that you haven’t had that much contact with, you just don’t know if they’re infected,” he added. “So as difficult as that is, at least this time around, just lay low and cool it.”

Fauci, who is also the director of the National Institute of Allergy and Infectious Diseases, noted that the country is still seeing a “considerable number of cases” each day and there’s cause for concern over the new, more contagious variants of the novel coronavirus that were recently detected on U.S. soil.

When asked whether he thinks the Super Bowl could become a superspreader event, Fauci said he hopes not.

“I believe that they are trying to keep people separated enough in the stands wearing masks so they don’t have that proximity,” he added. “If you’re outdoors and you’re several feet apart — 6, 7, 8, 10 feet — you could be OK, as long as people abide by that and don’t slip.”

There were 114,437 new cases of COVID-19 confirmed in the United States on Tuesday, according to a real-time count kept by Johns Hopkins University.

An additional 3,532 fatalities from COVID-19 were registered nationwide on Tuesday, down from a peak of 4,466 new deaths on Jan. 12, according to Johns Hopkins data.

A total of 26,435,563 people in the U.S. have been diagnosed with COVID-19 since the pandemic began, and at least 446,901 have died, according to Johns Hopkins data. The cases include people from all 50 U.S. states, Washington, D.C., and other U.S. territories as well as repatriated citizens.