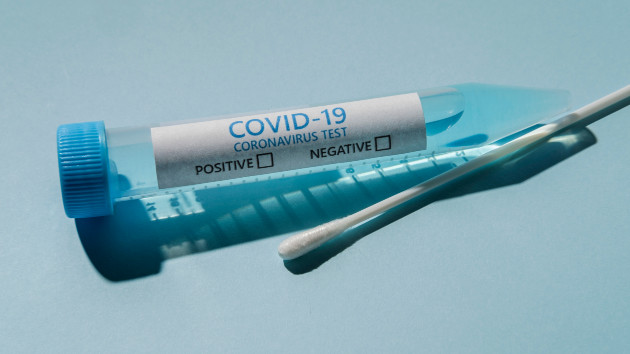 (NEW YORK) — As the COVID-19 pandemic has swept the globe, more than 5.7 million people have died from the disease worldwide, including over 909,000 Americans, according to real-time data compiled by Johns Hopkins University’s Center for Systems Science and Engineering.

About 64.2% of the population in the United States is fully vaccinated against COVID-19, according to data from the Centers for Disease Control and Prevention.

“Everyone now has the tools and the knowledge to stay safe,” Baker said, citing availability of vaccines, distribution of tests and the relative lack of serious illness among kids. “It’s time to give our kids a sense of normalcy.”

Baker said Massachusetts ranks 2nd in the nation for the highest number of vaccinated kids.

Addressing lawmakers in the United Kingdom’s House of Commons, Johnson said he hopes to scrap England’s COVID-19 restrictions as soon as Parliament returns from its upcoming recess on Feb. 21.

“I can tell the House today that it is my intention to return on the first day after the half-term recess to present our strategy for living with COVID,” Johnson told lawmakers. “Provided the current encouraging trends in the data continue, it is my expectation that we will be able to end the last domestic restrictions, including the legal requirement to self-isolate if you test positive, a full month early.”

Johnson first announced his plans to end all of the so-called Plan B measures last month, starting with mask mandates. He told lawmakers at the time that the legal requirement for people with COVID-19 to self-isolate would be allowed to expire when the regulations lapsed on March 24, but that the date could be brought forward.

Although Johnson is the U.K. prime minister, his government is only responsible for COVID-19 restrictions in England because public health legislation is devolved to national governments within the U.K., meaning that Scotland, Wales and Northern Ireland are responsible for their own pandemic-related policies.

Feb 09, 7:55 am
US reported more cases, deaths than any country last week, WHO says

The United States reported the highest number of newly confirmed COVID-19 cases and deaths from the disease last week out of any country in the world, according to a weekly epidemiological update released Tuesday by the World Health Organization.

Meanwhile, the global number of new cases during that same period decreased by 17% compared to the previous week, while fatalities increased by 7%, the WHO said.