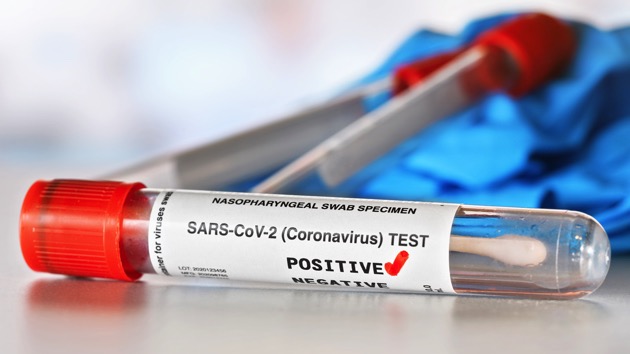 More than 618,000 Americans have died from COVID-19 and over 4.3 million people have died worldwide, according to real-time data compiled by the Center for Systems Science and Engineering at Johns Hopkins University.

Just 58.9% of Americans ages 12 and up are fully vaccinated against COVID-19, according to data from the Centers for Disease Control and Prevention.

Aug 13, 5:36 pm
ACP says masks should be required in schools

The American College of Physicians said Friday that masks should be required in all schools “as part of a comprehensive effort to reduce the spread of COVID-19.”

The statement follows similar recommendations from the American Association of Pediatrics and the Centers for Disease Control and Prevention, and comes as some school districts have been defying bans on masks mandates in states including Texas and Florida.

“Masks are a key public health tool in keeping everyone in our school communities safe,” ACP President Dr. George Abraham said in a statement. “Especially with such a large segment of our schools’ populations unable to yet access COVID-19 vaccines, masks remain a necessity in our fight to control the COVID-19 pandemic.”

The ACP is the largest medical specialty society in the U.S., with over 161,000 internal medicine members.

The Centers for Disease Control and Prevention’s advisory panel voted unanimously Friday to recommend an additional dose of Pfizer or Moderna for immunocompromised people. (This recommendation applies only to people who already had an initial series of mRNA — it does not apply to people who received J&J.)

Immunocompromised people will not need a doctor’s note, prescription or proof of their condition to get their third dose, CDC officials said at Friday’s meeting.

“This is a self-attesting. We do not anticipate — we are not recommending that either prescriptions or a physician sign off, or be necessary for individuals to receive an additional dose of mRNA if they’re immunocompromised,” said Dr. Kathleen Dooling, Medical Officer for the Division of Viral Diseases, the National Center for Immunization and Respiratory Diseases, and the CDC.

CDC Director Rochelle Walensky signed off on the recommendation later on Friday.

Mississippi Gov. Tate Reeves said Friday that the state’s request for a military hospital ship has been denied by the federal government.

Reeves said the request for a ship “was as much about the over 500 personnel that come with it as it was the actual physical facilities.”

“I don’t anticipate that the USS Comfort is going to come to Mississippi, although we would welcome any of the 550 health care professionals that are on that particular facility that the federal government would like to send us,” he said.

Dallas has no ICU beds left for children.

“That means if your child’s in a car wreck, if your child has a congenital heart defect or something and needs an ICU bed, or more likely if they have COVID and need an ICU bed, we don’t have one,” Dallas County Judge Clay Jenkins said at a Workers Defense Action Fund event.

“Your child will wait for another child to die,” Jenkins added. “Your child will just not get on the ventilator, your child will be CareFlighted to Temple or Oklahoma City or wherever we can find them a bed, but they won’t be getting one here unless one clears. And that’s been true for 24 hours.”

The daily case average in the U.S. has surged to about 114,000, skyrocketing nearly 884% since mid-June, according to federal data.

Several states, including Florida, Hawaii, Louisiana and Mississippi, are now experiencing their worst surge yet, averaging more daily cases than at any point in the pandemic, according to federal data. New York City’s case average is now nearly five times higher than it was one month ago.

And more people are dying every day.

The nation’s daily death average has now climbed to nearly 500, a 183% jump in the last month. Seven weeks ago, daily deaths were at their lowest point since late March 2020.

Aug 13, 3:29 pm
Kids must get caught up on routine vaccinations, officials say

Federal health officials said Friday it is now more critical than ever for parents to get their kids’ routine vaccinations.

“There are a lot of vaccine doubters,” said Dr. Peter Marks, director of the FDA Center for Biologics Evaluation and Research, “in part because we have been so successful with vaccination.” People no longer know what the havoc that diseases like polio, measles or smallpox can cause, because we no longer have them around, and thus, “we’re in some ways, victims of our own success,” he said.

Dr. Anne Edwards of the American Academy of Pediatrics noted that pediatricians are seeing a large number of respiratory illnesses now, and not all are COVID-19. She said that underscores the importance of having their routine vaccinations.

The Canadian government will soon mandate vaccinations for commercial plane travelers, cruise ship passengers and people on trains between provinces, according to The Associated Press.

Transport Minister Omar Alghabra said this will go into effect “as soon as possible in the fall and no later than the end of October,” according to the AP.

Hard-hit Louisiana has 2,907 COVID-19 patients in hospitals — more than any point of the pandemic so far, the state’s Department of Health said Friday.

Louisiana’s Ochsner Health said they have 1,063 hospitalized COVID-19 patients in their system, exceeding all previous surges. Of those patients, 88.99% are unvaccinated, officials said.

Gov. John Bel Edwards said 399 patients in the state are on ventilators.

Fifty-seven people died of COVID-19 in Louisiana in the last 24 hours, the health department said.

The governor warned Friday that Louisiana isn’t near the peak of this surge and hospital leaders are more alarmed now than at any point in the pandemic.

“We are really close to the breaking point,” Edwards said.

Oklahoma was set to receive 100 ventilators on Thursday, according to the planning document, while Mississippi has requested enough medical personnel to staff more than 1,000 beds.

Aug 13, 11:49 am
Chicago requires school employees to be vaccinated

Chicago Public Schools, the nation’s third-largest school district, is requiring all employees to be vaccinated.

Seventy-eight percent of district employees were already fully vaccinated, partially vaccinated or had a vaccination scheduled as of June, the district said.

“For the social and emotional well-being of our young people, they need to be in school, and the vaccine adds another layer of protection to our plan to safely re-open schools,” the city’s department of public health commissioner, Allison Arwady, said in a statement.

Dr. Richard Besser, president and CEO of the Robert Wood Johnson Foundation and former acting director of the CDC, told Good Morning America that he expects booster shots will “be available to people with immune disorders very quickly.”

The FDA announced late Thursday that immunocompromised Americans – such as cancer patients, transplant recipients, people with HIV and people on immunosuppressant drugs — will be able to get a third shot of Pfizer or Moderna.

But Besser stressed, “I think about this less as a booster shot” and more of “a recognition that for certain people with immune problems, two doses wasn’t enough” and “the third dose is necessary for them to get the same high level of protection that the rest of people do.”

The CDC panel is expected to vote to recommend the third dose when it meets Friday at 11 a.m. and CDC Director Rochelle Walensky will likely sign off after a Friday afternoon vote.

Children’s of Alabama reported a significant increase in the number of COVID-19 positive patients being treated at the hospital in recent weeks.

As of Thursday, the hospital said it is treating 22 COVID-19 positive patients, five of whom are on ventilators.

The hospital said in January, at the height of the last surge, their highest number of patients was 13.

“There are three proven ways to slow the spread of this highly transmissible strain of the virus: Vaccination for everyone 12 and up, masking, especially when indoors, and social distancing,” the hospital wrote in a Facebook statement.

Immunocompromised Americans will be able to get a third shot of either of the mRNA vaccines, Pfizer or Moderna, the U.S. Food and Drug Administration announced late Thursday.

The booster will be targeted specifically for people who did not have an ideal immune response to their initial vaccines, which has proven to be the case for many cancer patients, transplant recipients, people with HIV and people on immunosuppressant drugs.

“The country has entered yet another wave of the COVID-19 pandemic, and the FDA is especially cognizant that immunocompromised people are particularly at risk for severe disease,” acting FDA Commissioner Janet Woodcock said in a statement. “After a thorough review of the available data, the FDA determined that this small, vulnerable group may benefit from a third dose of the Pfizer-BioNTech or Moderna Vaccines.”

For more, read ABC News’ full story on the authorization.