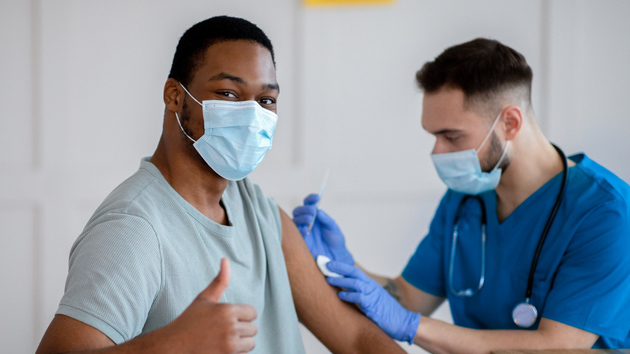 More than 625,000 Americans have died from COVID-19 while over 4.4 million people have died from the disease worldwide, according to real-time data compiled by the Center for Systems Science and Engineering at Johns Hopkins University.

Just 59.9% of Americans ages 12 and up are fully vaccinated against COVID-19, according to data from the Centers for Disease Control and Prevention.

Civil rights pioneer Jesse Jackson Sr. and his wife have been hospitalized after testing positive for COVID-19.

The 79-year-old and his wife, 77-year-old Jacqueline Jackson, are both being treated at Northwestern Hospital in Chicago, according to a statement from the Rainbow PUSH Coalition, the nonprofit he founded in 1996. The statement said doctors were “monitoring the condition of both,” but provided no further details.

The activist was arrested earlier this month as part of a group in Washington, D.C., protesting restrictive voting rights being implemented in many states, including Georgia and Texas. One week earlier, he’d been arrested as part of a large group during a sit-in at Arizona Sen. Kyrsten Sinema’s office.

The U.S. reported over 1 million COVID-19 vaccine doses administered for the third straight day, according to a White House official.

Nationwide, 60% of people ages 12 and up are now fully vaccinated, he said.