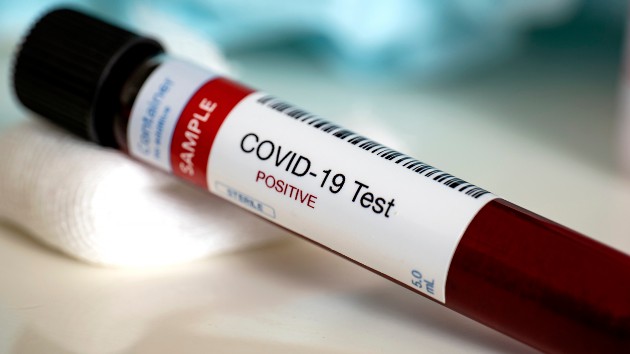 Twenty-six million people — which is 7.8% of the population — have received one or more vaccine doses, according to a report from the Department of Health and Human Services.

California, Texas, Georgia, Alabama and Oklahoma are the only states where ICU occupancies are above 85%, the report said.

Dr. Anthony Fauci says variants are the top concern in the U.S. right now and that the next six weeks will be critical.

“We’re going to be doing … a full-court press on non-pharmacologic interventions [like masks] as well as getting as much vaccine out as we possibly can,” Fauci said at the International Aids Society conference Tuesday.

“It’s a very stressful situation … when you have that much virus circulating, you’re going to get a lot of mutations, no doubt about it,” Fauci said. “It’s almost a race of trying to suppress the level of replication before we get so many accumulation of both the South African and other mutants as well as mutants of our own.”

“Contact tracing is underway, and close contacts are isolating,” the governor tweeted.

Maryland’s first case of the South African variant, in the Baltimore region, was announced on Saturday.

“The B.1.351 variant has not been shown to cause more severe illness or increased risk of death, though it is believed to be more transmissible,” the governor said. “Initial evidence suggests that vaccines are still likely to be protective against the variant.”

His death was announced Tuesday on social media accounts run by his family.

Moore was being treated for pneumonia over the past few weeks. After testing positive for COVID-19 last week, the centenarian was hospitalized on Sunday because “he needed additional help with his breathing,” his daughter said in a statement posted on Twitter.

Last spring, Moore raised over 37 million pounds ($50.7 million) for the United Kingdom’s National Health Service by walking laps in his garden in England amid a nationwide lockdown. Queen Elizabeth II honored Moore’s charity and service to the country with a promotion to honorary colonel, a social flyover and knighthood.

A Buckingham Palace spokesperson told ABC News the queen “is sending a private message of condolence” to Moore’s family and that she “very much enjoyed” meeting them last year.

“Her thoughts, and those of the Royal Family, are with them, recognising the inspiration he provided for the whole nation and others across the world,” the spokesperson said.

Andrew Yang, who ran for president of the United States in 2020 and is currently running to be mayor of New York City, has tested positive for COVID-19.

“After testing negative as recently as this weekend, today I took a COVID rapid test and received a positive result,” Yang said through his campaign Tuesday.

Yang said he has mild symptoms, and as he quarantines he’ll “continue to attend as many virtual events as possible.”

“Our team has begun the contact tracing process to notify anyone who may have been in close contact with me,” he added.

Feb 02, 9:25 am
Peer-reviewed study finds Russia’s vaccine is over 91% effective

Results from a late-stage clinical trial of Russia’s flagship coronavirus vaccine show the shot is not only safe but also 91.6% effective against symptomatic COVID-19, according to a study published Tuesday by the peer-reviewed medical journal The Lancet.

The randomized, double-blinded, placebo-controlled Phase 3 trial in Moscow involved 19,866 adult participants, of whom 14,964 received the vaccine, called Sputnik V, and 4,902 received a placebo. The two-dose vaccine was administered 21 days apart.

There were 62 confirmed cases of COVID-19 identified among the trial participants in the placebo group and 16 cases in the vaccine group, according to the study.

The study said there were no serious adverse effects related to the vaccine recorded during the trial and that 94% were mild, including flu-like symptoms, pain at the injection site and headaches.

A sub-analysis of 2,144 trial participants older than 60 showed the vaccine had a similar efficacy of 91.8%, according to the study.

“Our interim analysis of this phase 3 trial of Gam-COVID-Vac has shown promising results,” the researchers wrote.

The publication of peer-reviewed data follows last year’s criticism of Russia for registering the COVID-19 vaccine — and declaring itself the first country in the world to do so — before starting crucial Phase 3 trials.

“The development of the Sputnik V vaccine has been criticised for unseemly haste, corner cutting, and an absence of transparency,” Ian Jones, a professor of virology at England’s University of Reading, wrote in a comment piece published Tuesday by The Lancet alongside the study. “But the outcome reported here is clear and the scientific principle of vaccination is demonstrated, which means another vaccine can now join the fight to reduce the incidence of COVID-19.”

Russia’s Direct Investment Fund (RDF), which funded the production of Sputnik V and is responsible for its worldwide marketing, hailed the study and noted that the COVID-19 vaccine is currently one of only three in the world with an efficacy above 90%. The vaccine, which is now registered in 16 countries, costs $10 per dose and can be stored and transported more easily because it can be kept at the temperature of a standard refrigerator, according to RDF.

“The data published by The Lancet proves that not only Sputnik V is the world’s first registered vaccine, but also one of the best,” Kirill Dmitriev, CEO of RDF, said in a statement Tuesday.