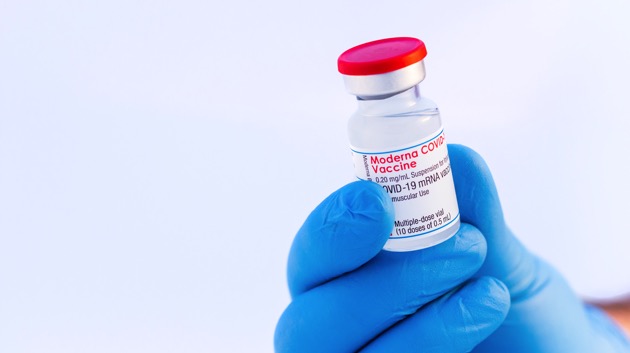 More than 649,000 Americans have died from COVID-19 while over 4.5 million people have died from the disease worldwide, according to real-time data compiled by the Center for Systems Science and Engineering at Johns Hopkins University.

Just 62% of Americans ages 12 and up are fully vaccinated against COVID-19, according to data from the U.S. Centers for Disease Control and Prevention.

A Crisis Standards of Care plan has been enacted at 10 hospital systems in Idaho, which is only done as a “last resort,” Dave Jeppesen, director of the Idaho Department of Health and Welfare, said in a statement Tuesday.

The hospitals were chosen due to their “severe” shortages in beds and staffing as a result of a “massive increase” in COVID-19 hospitalizations, state officials said.

Crisis Standards of Care “means we have exhausted our resources to the point that our healthcare systems are unable to provide the treatment and care we expect,” Jeppesen said. “This is a decision I was fervently hoping to avoid.”

“When crisis standards of care are in effect, people who need medical care may experience care that is different from what they expect,” state officials said. “For example, patients admitted to the hospital may find that hospital beds are not available or are in repurposed rooms (such as a conference room) or that needed equipment is not available.”

75% of American adults have had at least 1 vaccine dose

Sunday-Tuesday just in: +1.51M doses reported administered over Saturday’s total, including 681K newly vaccinated and 105K additional doses. As usual, lower reporting over the holiday weekend. Just hit 75% of adults with at least one dose!

Sixty-four percent of U.S. adults are fully vaccinated, according to CDC data.

President Joe Biden on Thursday will deliver remarks on his plan to stop the spread of the delta variant and to boost vaccinations, the White House confirmed Tuesday.

Biden “will lay out a six-pronged strategy … working across the public and private sectors,” a White House official said.

On Friday, while addressing August’s disappointing jobs report, Biden said, “there’s no question the delta variant is why today’s jobs report isn’t stronger. … Next week, I’ll lay out the next steps that are going to — we’re going to need to combat the delta variant, to address some of those fears and concerns.”

Part of the strategy Biden referenced Friday is to ask states and local governments to consider using federal funding to extend unemployment benefits in hard-hit areas.

“I want to talk about how we’ll further protect our schools, our businesses, our economy, and our families from the threat of delta,” Biden said Friday. “As we continue to fight the delta variant, the American Rescue Plan we passed continues to support families, businesses and communities. Even as some of the benefits that were provided are set to expire next week, states have the option to extend those benefits and the federal resources from the Rescue Plan to do so.”

A third person has died in Japan after receiving a dose from one of three batches of Moderna’s COVID-19 vaccine that have since been recalled due to contamination, according to the Japanese Ministry of Health, Labor and Welfare.

The 49-year-old man died on Aug. 12, one day after getting his second shot of the two-dose vaccine. His only known health issue was an allergy to buckwheat, the Japanese health ministry said in a statement Monday.

Two other men, aged 30 and 38, also died in August within days of getting their second Moderna shot. In all three cases, the men received doses from a batch manufactured in the same production line as another lot from which some unused vials were reported to contain foreign substances at multiple inoculation sites in Japan.

The deaths remain under investigation, and the Japanese health ministry said it has yet to establish any casual relationship with the vaccine.

The contaminated lot and two adjacent batches were suspended from use by the Japanese health ministry last month, pending an investigation. Moderna and its Japanese distribution partner Takeda Pharmaceutical Co. ultimately recalled the three lots, containing about 1.63 million doses, after an investigation confirmed the foreign matter to be high-grade stainless steel from manufacturing equipment.

The Japanese health ministry said that, based on the companies’ analysis, it is unlikely the stainless steel contaminants pose any additional health risk.

Moderna and Takeda have yet to release statements on the third fatality, but the companies have previously said there is currently no evidence that the other two deaths were caused by the vaccine.