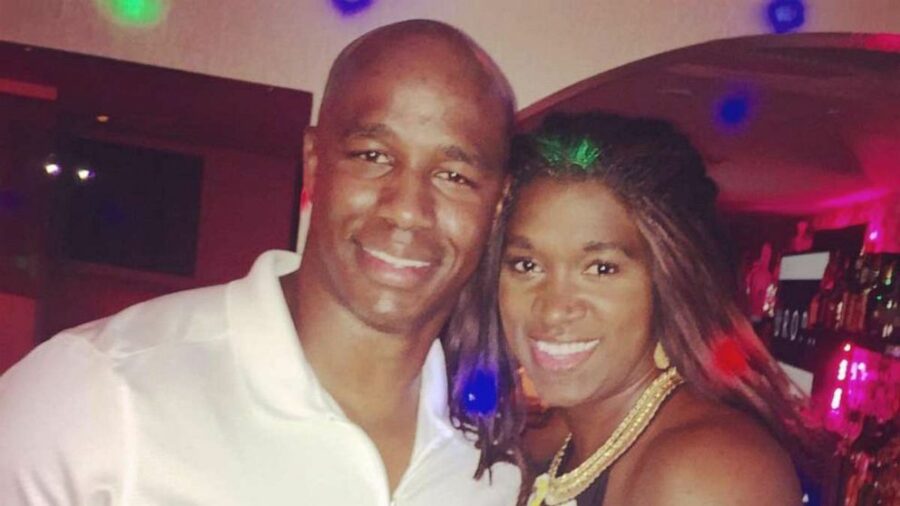 (HOUSTON) — More than six years ago, a teenager called 911 reporting that he heard gunshots from his parents’ bedroom. Hours later, AJ Armstrong was in handcuffs and later charged with killing the couple Antonio and Dawn Armstrong.

“There’s no way possible. I couldn’t even fathom the idea of killing my parents,” AJ Armstrong told “20/20’s” Matt Gutman in an exclusive network interview.

An episode of “20/20” airing Jan. 6 at 9 p.m. ET and streaming the next day on Hulu takes a deep look into the 2016 Houston homicide and the lingering questions surrounding the deaths.

Antonio Armstrong, a former NFL player and later owner of several personal gyms, and his wife Dawn lived with AJ and his sister Kayra in their southeast Houston house.

On July 29, 2016, police received a call from AJ Armstrong, then 16, saying that he heard gunshots from his parents’ room upstairs and when first responders arrived they found the couple in bed with gunshot wounds to their heads.

Dawn Armstrong was pronounced dead while her husband died a few hours later in the hospital.

AJ Armstrong was immediately taken by the police for questioning and he claimed he saw a masked intruder in the house.

Investigators questioned this story because they found no evidence of an intruder and the alarm to the home wasn’t tripped and was still armed when first responders came to the house, according to audio from the interview. AJ Armstrong was the one who disarmed the alarm to let the officers in, according to court documents.

The officers also had questions about bizarre evidence found at the family home.

There was a bullet hole found originating from AJ’s third-floor bedroom and penetrating the ceiling of his parents’ room.

The teen initially said he didn’t touch his father’s gun, which was determined to have been the weapon that killed Dawn and Antonio, but when pressed by law enforcement, who told him they had seen the bullet hole, he admitted that he showed off the weapon to a friend in his room weeks earlier and accidentally fired it.

Additionally, investigators at the scene noticed a burn mark on the carpet at the top of the stairs to the second floor. When detectives questioned AJ Armstrong about this, he claimed that a few weeks before the murders he had been playing with matches and accidentally dropped one.

Armstrong went on to say that he initially lied to his father about how the burn mark occurred but eventually admitted it and they talked it out.

According to audio of the interrogation, detectives make clear to AJ Armstrong that they believe his story “isn’t adding up” and that he knows more than he is saying about how his parents ended up shot in their bed. Armstrong steadfastly maintains his innocence, insisting he had nothing to do with his parents’ murders.

After the interview, AJ Armstrong was booked as a juvenile on charges of capital murder, much to the shock of the rest of his family. Armstrong pleaded not guilty to the charges.

He was allowed to go to his parents’ funeral in handcuffs.

“I thought someone lost their mind trying to charge my grandson with killing his mom and dad. No way,” Keith Whitely, AJ Armstrong’s grandfather, told “20/20.”

Rick DeToto was hired to represent AJ Armstrong as his attorney. DeToto told “20/20” that investigators found no physical evidence, like gunshot residue on AJ or fingerprints on the gun left at the scene, to link his client to the Armstrongs’ killings.

A handwritten note was also found in the house that read “I have been watching for a long time” but the Armstrong’s fingerprints were not found on the paper, according to Detoto.

“They didn’t find any gloves with any evidence that he had worn them,” he said. “There were no bloody clothes in the washer or dryer. There’s absolutely nothing that links him to any physical evidence in this case.”

Prosecutors, however, contended the lack of physical evidence does not necessarily mean that AJ Armstrong did not commit this crime.

AJ Armstrong’s attorneys also brought up other instances that they say police ignored that could have shed light on the homicides, including a break-in at one of Antonio Armstrong’s gyms just days after the murders.

Investigators looked into the break-in but determined it was not connected to the Armstrongs’ killings.

During AJ Armstrong’s initial trial in 2019, his attorneys presented jurors with a major bombshell accusation, alleging that AJ Armstrong’s half-brother Josh could be the real killer.

The attorneys argued that Josh Armstrong had mental health issues and could have easily gotten into the house that night.

“Josh had access to that house just like AJ did. In fact, Josh showed up at the scene the night this happened. You can run from Josh’s apartment to the Armstrongs’ in less than a minute,” DeToto argued in court.

Police looked at Josh and ultimately ruled him out as a suspect.

Josh Armstrong was never called to the stand and the prosecution insisted he was not a suspect in this case.

Prosecutors instead argued that AJ Armstrong had drug problems and a tense relationship with his parents due to his failing grades. This, they argued, and the lies they had caught him in, drove him to kill his parents.

In the end, the jury was deadlocked and a mistrial was declared.

“Honestly the first thing to my head was just like disappointment, but I always try and find the good somewhere in the situation,” AJ Armstrong said. “It’s obviously a lot better than being in jail for the rest of your life.”

He added that he hasn’t seen much of his half-brother since the 2019 trial.

“Josh is Josh, not much to really say about it. He does his thing,” AJ Armstrong said.

“20/20” reached out to Josh Armstrong for comment about the investigation and DeToto’s accusations, but he declined to comment.

After years of delays, a second trial got underway in October of 2022. This time prosecutors presented jurors with new evidence extracted from AJ Armstrong’s cell phone from the night of the murders. In addition to who he was texting, prosecutors were now able to tell when Armstrong’s phone was plugged in, and unplugged and when the home screen was active.

According to court records, at 1:08 a.m. Armstrong’s cell phone was taken off the charger, which prosecutors suggested was when Armstrong was heading down from his room to murder his parents.

“But there’s more because during that time his phone is still locked, but the display is going on and off,” Prosecutor John Jordan told the jury. “There are two possibilities. One, some push notifications could be coming through. Or two, you’re walking through a dark house and you’re using the ambient lighting to go through the house,” Jordan said.

DeToto and his team again argued that Josh Armstrong was a stronger suspect because of the mental health struggles he has experienced. In court, DeToto read direct quotes from Josh Armstong’s medical records.

“[He] is extremely psychotic with command voices to hurt self and others. Brought to the hospital by police with psychotic symptoms. The patient experienced watching the murder of both parents in 2016,” DeToto read to jurors.

Once again neither the prosecution nor the defense called Josh Armstrong to testify. Prosecutors continued to insist that there is no evidence that he had anything to do with his parents’ murders and pointed out that all of his medical records admitted at trial were created after the murders occurred.

They don’t deny that Josh told doctors that he was there when his parents were killed, but say he was referring to arriving at his parents’ house minutes after the murders and seeing them being carried out on stretchers and wheeled into ambulances.

For the second time, the jury was deadlocked, with eight voting to acquit and four voting to convict. Judge Kelli Johnson declared a mistrial.

After the trial, DeToto said he is hopeful that there will come a day when his client, who is now a father to a son named Hendricks Antonio, is vindicated.

“We’re not going to stop fighting for AJ and the evidence is not going to get any better for them,” DeToto said. “It’s been probably millions of dollars of expenses by the district attorney’s office, but it’s time to let this man go.”

The Harris County District Attorney’s Office released a statement saying it plans to retry AJ Armstrong for a third time.

“Two people were murdered in the night, each shot in the head as they slept in their own bed; we will continue our fight for justice, and we look forward to presenting all the evidence to jurors,” the statement read.