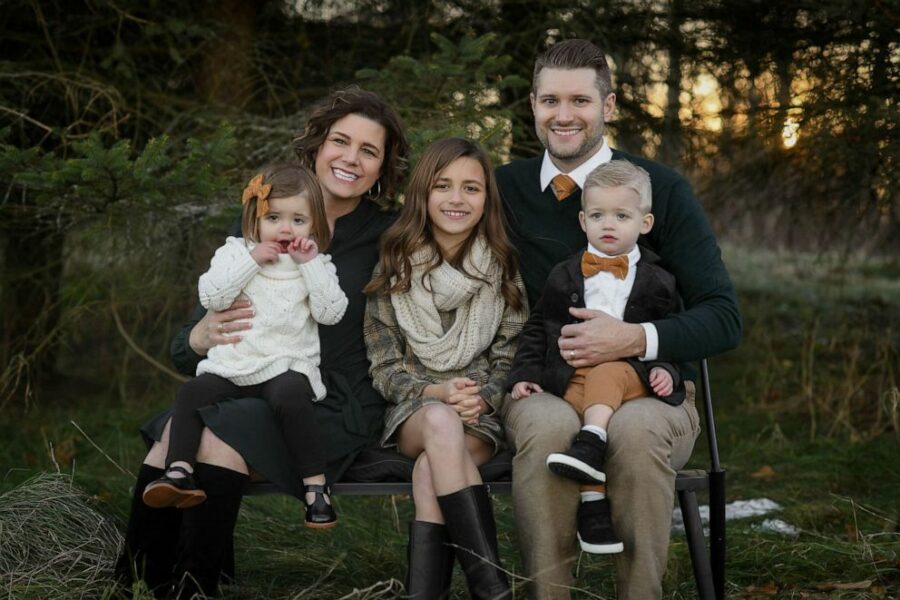 (NEW YORK) — A Michigan couple has won the right to adopt their biological twins, who were born via gestational carrier in January 2021.

Tammy and Jordan Myers told “Good Morning America” that after nearly a two-year ordeal, they can now be listed as parents on the birth certificates of their 23-month-old twins Eames and Ellison.

“It’s something that we have struggled with day in and day out,” Tammy Myers, 41, said. “It sucked the joy out of something that should have been only happy feelings. It just has been a hard pill to swallow. But at the same time, it’s kind of fueled our ambitions to change the situation.”

The Myers’ said their legal fight began when their fraternal twins had not yet been born. They had decided to grow their family through gestational surrogacy after Tammy Myers was diagnosed with breast cancer. When they found a gestational carrier and began the process, the Myers went ahead and applied for a pre-birth order for the twins but the twins ended up being born eight weeks early and the order was not approved in time.

Since February 2021, the Myers told “GMA” two of their pre-birth order applications were denied and then they were left with only one option – to adopt their twins, based on the parameters within Michigan’s surrogacy law, the Surrogate Parenting Act of 1988, which requires a judge to rule that anyone going through surrogacy be named a parent of the child or undergo the adoption process.

In the interim, the Myers asked the twins’ gestational carrier and her husband to be the children’s co-godparents and they were listed on Eames and Ellison’s birth certificates.

Last November, “GMA” featured the Myers’ story and at the time, Jordan Myers described the legal proceedings as “really hard” for his family. “We had our dreams coming true and it just felt like the floor was falling out from beneath us and now we were kind of being thrown into a bit of a tailspin from a legal perspective,” he said.

A year later, Tammy Myers said that even though this chapter of their family struggle has been resolved, she’s more motivated than ever to change what she calls an “insanely outdated” state law.

“I honestly don’t think that I’ll be able to put it behind me until I see this law changed,” she said.

“I think that cancer taught me that I do like to find purpose in my own struggle or anything traumatic that happens in my life and this seems oddly meant to be on so many levels. It feels like maybe we were supposed to raise awareness, maybe this was supposed to happen all along, and maybe that whole reason is because we can fight to change this law and update it here in Michigan,” she added.

In September, Michigan Sen. Winnie Brinks, Curtis Hertel, Jr. and Rep. Samantha Steckloff and Christine Morse proposed legislation to create a new process to allow for intended parents (like the Myers) be listed on childrens’ birth certificates, repeal the Surrogate Parenting Act and establish a new gestational surrogate parentage act, among other proposed changes. The bills have not yet advanced in either chamber since they were introduced.