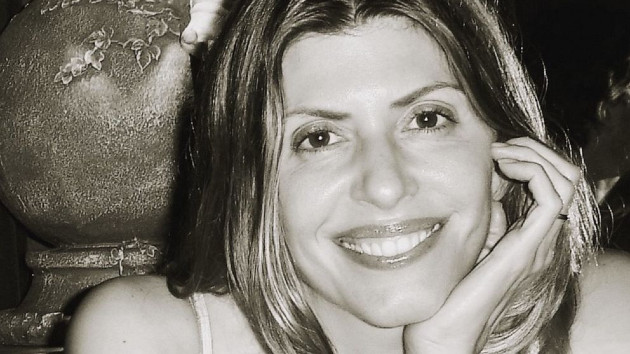 (NEW YORK) — Three years after Connecticut mother Jennifer Dulos dropped her children off at school and vanished, her family members said they “feel immeasurable loss” as they await the prosecution of two people accused of conspiring with her estranged husband in her disappearance.

Dulos disappeared on May 24, 2019, and prosecutors suspect she was killed while in the middle of a custody battle over her five children with her estranged husband, Fotis Dulos, who died by suicide after being charged with her murder.

“We feel the immeasurable loss of her person every day; we also delight in her presence and celebrate her spirit as they manifest in her five incredible children,” a spokesperson for Jennifer Dulos’ family said in a statement released Tuesday. “We are deeply grateful that Jennifer’s children are thriving and her mother, Gloria, is healthy.”

In 2017, Jennifer Dulos filed for an emergency order for full custody of their five children, which was denied, court documents show. Jennifer and Fotis Dulos were granted shared custody of the children until the end of the divorce proceedings.

On Jan. 7, 2020, roughly six months after his wife disappeared, Fotis Dulos, 51, was charged with capital murder. His girlfriend, Michelle Troconis, and his friend, Kent Mawhinney, an attorney, were also charged with conspiracy to commit murder.

Fotis Dulos, who was released on $6 million after pleading not guilty, was found unresponsive in his Farmington, Connecticut, home on Jan. 30, 2020, and was pronounced dead at a hospital. Police said he took his own life by inhaling poisonous carbon monoxide.

The Connecticut State Police declined to comment on the third anniversary of Jennifer Dulos’ disappearance, citing the ongoing criminal prosecutions.

Court proceedings in the prosecutions of Troconis and Mawhinney are scheduled to resume next month. Both have pleaded not guilty.

“There is still an open investigation into Jennifer’s murder and disappearance, and we are indebted to the Connecticut State Police for their ongoing dedication to this case,” Carrie Luft, a spokesperson for Jennifer Dulos’ family, said in a statement. “As court proceedings have resumed, we await the next steps in the legal process for the two key individuals who have yet to stand trial.”

Luft added, “Above all, we miss Jennifer more than words can express, and we are thankful for the continuing support. In Jennifer’s memory, we ask that you hold your loved ones extra close and make time to laugh with friends. Please also remember that there are many missing and murdered people whose stories are never covered in the press, whose families and loved ones continue to grieve.”

Fotis Dulos became a suspect in the missing-person case after police discovered blood on the floor of his estranged wife’s garage. Her SUV was located on the side of a road near the entrance to Waveny Park in New Canaan with traces of blood.

Investigators allege Jennifer Dulos was killed in her home on May 24, 2019, between 8:05 a.m. and 10:25 a.m, after she returned from taking her children to school, according to an arrest warrant. On May 24, surveillance footage showed someone in a hoodie riding a bike consistent with Fotis Dulos’ bike toward Jennifer Dulos’ home.

Police alleged that Fotis Dulos bound Jennifer Dulos with zip ties, put her inside her own car and cleaned the garage of her home, according to an arrest warrant.

“I refuse to spend even an hour more in jail for something I had NOTHING to do with,” he allegedly wrote with blue ink on a notebook-sized single sheet of paper. “I want it to be known that Michelle Troconis had nothing to do with Jennifer’s disappearance. And neither did Kent Mawhinney.”