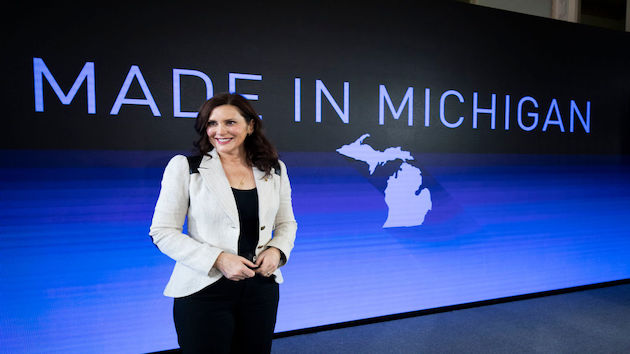 (GRAND RAPIDS, Mich.) — Jurors are hearing closing arguments against four of the six men who allegedly plotted to kidnap and kill Michigan Gov. Gretchen Whitmer in 2020.

Federal prosecutors said Brandon Caserta, Barry Croft, Adam Fox and Daniel Harris trained extensively and were serious about carrying out their plot against Whitmer and her family. The four men on trial have pleaded not guilty.

The other two men, Ty Garbin and Kaleb Franks, have pleaded guilty to kidnapping charges.

“You know what was in their minds when they thought nobody was listening, you know what was in their hearts,” U.S. attorney Nils Kessler told jurors in a Michigan court. “They said they wanted to kidnap the governor. They trained to kidnap the governor. They cased her house in the middle of the night. They knocked it out. They planned it. They gathered weapons and bombs … they were going to be opportunistic and strike when the asset arises. That is the conspiracy that they’re charged with. And in America it’s a crime.”

The alleged kidnapping would have taken place before the 2020 presidential election, the government said.

The four men could face life in prison if found guilty. Prosecutors allege the men were predisposed to violent tendencies.

“The evidence proves all of them were already willing to commit the crime,” Kessler said.

Christopher Gibbons, the defense attorney for alleged ring leader, Adam Fox, said he was a “big talker” and Fox never had “any intention” of actually kidnapping Whitmer.

Fox was also influenced by a government informant who took advantage of Fox’s poverty and history of substance abuse, according to Gibbons.

After the alleged plot was thwarted, Whitmer told “Good Morning America” that the plan was larger than her.

“This was a very serious thought-out plot to kill police officers, to bomb our capitol, killing Democrats and Republicans alike, and to kidnap and ultimately put me on trial and kill me as well,” Whitmer said. “These are the types of things you hear from groups like ISIS. This is not a militia; it is a domestic terror organization.”