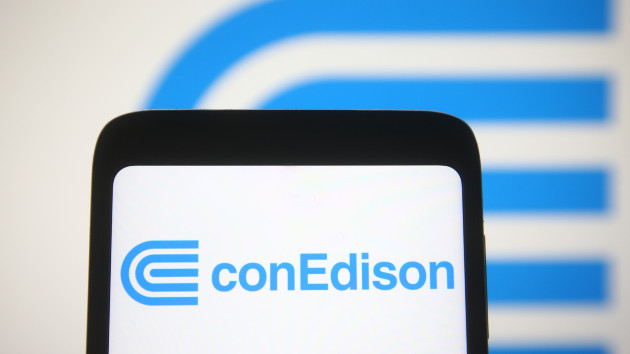 The City Club of New York, along with Tom Fox, a representative of the club who serves on the Hudson River Park Advisory Council, plan to sue Con Edison for alleged “ongoing violations” of the federal Clean Water Act, according to a notice sent to the energy company earlier this month and obtained by ABC News.

Based on a review of public documents, the petitioners allege that Con Ed dumps water used to cool a power station off of Hudson River Park’s Pier 98 at “dangerously high temperatures” for aquatic life into the river. They also allege that Con Ed dumps wastewater containing “toxic pollutants,” such as chloroform, into the estuary sanctuary in violation of its state permit.

This matter was first reported by The New York Times.

Through their attorneys, the City Club of New York and Fox sent a notice to Con Ed on Aug. 10 of their intent to sue within 60 days.

Fox, who was involved in the effort to create Hudson River Park, said he wasn’t aware of the alleged dumping, which has purportedly occurred for decades, until recently.

“Nobody knew about this. I didn’t know about this, and I’ve been involved with the park for 40 years, since the beginning,” he told ABC News. “I think that for whatever reason, it wasn’t publicly acknowledged. Now that it is, we have a chance to correct the situation.”

The notice of intent claims Con Ed has violated state rules for estuaries by discharging water into the river that exceeds 90 degrees on more than a dozen occasions since 2006, according to state records. It claims a permit modification Con Ed requested in 2006 to allow for a higher discharge temperature was improperly approved by the New York State Department of Environmental Conservation because the state agency did not hold a public hearing on the application, per state and federal law. It also claims that Con Ed has been discharging pollutants into the Hudson River without a valid permit for more than a year.

In a statement to ABC News, a Con Ed spokesperson said the company is “in compliance with our permit for both water temperature and discharge of chemicals at Pier 98.”

“We are reviewing the letter in detail and have noted numerous inaccuracies,” the spokesperson, Allan Drury, said. “For instance, our permit has not expired and we have not exceeded our permitted temperature limits. We will address these and other issues with the appropriate parties.”

The City Club of New York and Fox plan to seek an injunction requiring Con Ed to halt all discharges into the river, among other relief.

“Con Ed’s continuing thermal and industrial discharge into the sanctuary — facilitated by the disregard of applicable federal and state laws by DEC and the Trust — represents a threat to the preservation and protection of those resources,” the notice stated.

In a statement to ABC News, the DEC said it has identified more than two dozen minor “discrepancies” at the plant since 2010 and has not taken any enforcement action at the facility since that year.

“Since 2010, of the 4,400 sampling records at the Con Edison plant, DEC identified 27 reported exceedances and non-reporting of operational parameters unrelated to the outfall at the facility,” it said. “These discrepancies were considered minor and quickly resolved.”

ABC News did not immediately receive a response from the Hudson River Park Trust seeking comment.