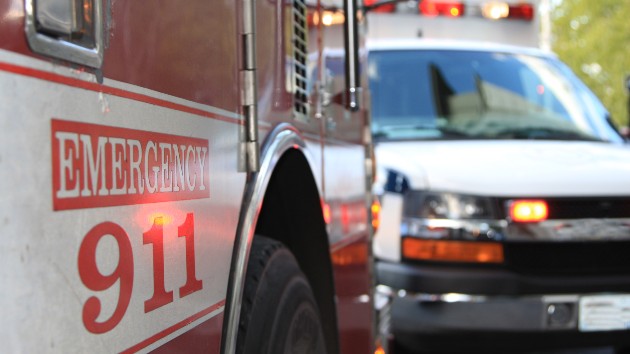 (PEMBROKE PINES, Fla.) — A child and two people were killed after an airplane crashed into a south Florida neighborhood Monday shortly after takeoff, investigators said.

The single-engine Beechcraft Bonanza went down around 3 p.m. in Pembroke Pines, Florida, after departure from North Perry Airport, the Federal Aviation Administration said in a statement. The plane crashed into the street, struck an SUV that was traveling on a nearby road and went up in flames, according to eyewitness footage and the Pembroke Pines fire department.

While first responders were able to put out the fire, the two unidentified passengers who were in the plane were killed, according to the authorities.

An unidentified adult and child who were in the SUV were taken to a hospital, but the child succumbed to his injuries later in the evening, according to the fire department.

The adult was released from the hospital later in the day, the fire department said.

The FAA and National Transportation Safety Board are investigating, with the latter organization taking the lead, according to an FAA spokeswoman. The NTSB tweeted that an air safety investigator arrived in Pembroke Pines on Tuesday morning to begin the investigation.