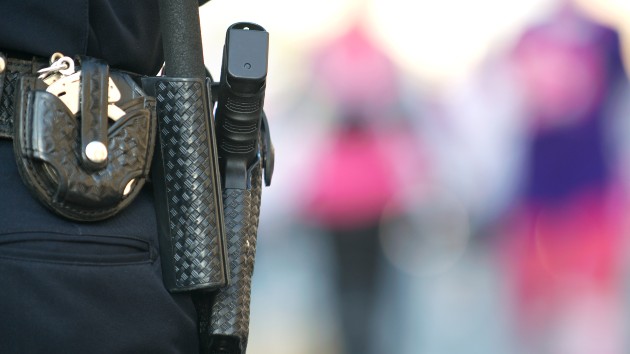 “I want to put something new in the law enforcement profession that is totally outside the box and totally different,” Jennings told ABC News.

The killing of George Floyd and the racial reckoning seen throughout the U.S. has reignited debates over how police officers should interact with the public. For the Charlotte-Mecklenburg Police Department, that means customer service.

Jennings said the idea came about after a positive dining experience at a Chick-fil-a.

“I started thinking, every time I go there, the voices are so friendly, the food is consistent and I leave there with a positive impression and a good feeling that I was valued as a customer,” he explained. “And as I thought about that, I said, ‘Why can’t we duplicate some of that with our interactions with the public, from a police perspective?"”

Jennings enlisted the help of customer service expert John DiJulius and his consulting firm “The DiJulius Group,” which has worked with companies including Ritz Carlton, Starbucks and, yes, Chick-fil-A.

“We’re not asking for them to now spend extra time and effort,” DiJulius said. “This is very simple. It’s just a matter of, ‘Let’s think about it with every interaction — let’s make each one great."”

The training, now part of a departmental 12-month curriculum for new and current officers, includes watching videos and placing an emphasis on being more empathetic toward members of the community — and on better ways to de-escalate certain situations.

One way for officers to improve their customer service is just by introducing themselves.

“Instead of walking up to the car saying, ‘License and registration,’ they can walk up and, say, ‘Hello, ma’am. I’m Officer Smith. The reason why I pulled you over is …"” DiJuluis explained.

Such changes, Jennings hopes, will build back trust within the community. An ABC News-Washington Post poll found that 55% of Americans believe police aren’t actually trained to deal with avoiding excessive force. Additionally, 63% said Blacks and minorities do not receive proper treatment by the criminal justice system.

The national conversation on police reform often has focused on how funds for departments are allocated and ending certain practices such as chokeholds. Currently, Congress is working on “The George Floyd Justice in Policing Act.”

Customer service isn’t often mentioned, but, as Jennings pointed out, that’s kind of the point.

But not everyone likes Jennings’ push to improve police-related customer service.

Braxton Winston, an at-large representative for the city of Charlotte, called the department’s $60,000 investment a “waste of money,” in an interview with The Charlotte Observer and has been an advocate for re-allocating police funds away from weapons and creating an oversight committee.

“The resistance is fine because we are a profession that can be skeptical when it comes to change,” Jennings said. “The evaluations of our officers are going to be based on a lot more than what we have seen in the past. So, if there wasn’t any pushback, I would have to question the significance of what we’re trying to do.”

Police chiefs in other jurisdictions have reached out to Jennings, he said, asking whether they should follow suit.

“We don’t control the incident, right? What we can control is the experience that the person that we’re in contact with, has with us,” he said. “And in every effort that we can, we want to leave a positive impression about who we are.”