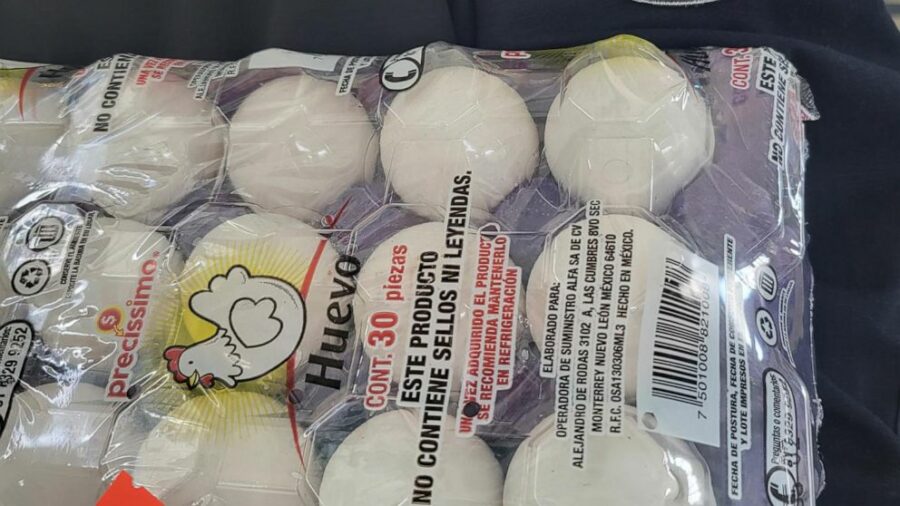 (WASHINGTON) — U.S. Customs and Border Protection said it has seen an increase in eggs being brought across the border — a practice it said is technically illegal.

The price of eggs has been skyrocketing — up 60% in December the U.S. Bureau of Labor Statistics says, with the average price of a dozen at $4.25.

Much of that increase is due to widespread bird flu — and CBP said people are attempting to transport eggs “because they are significantly less expensive in Mexico than the U.S.”

“The San Diego Field Office has recently noticed an increase in the number of eggs intercepted at our ports of entry,” Director of Field Operations for the San Diego Sector, Jennifer De La O said. “As a reminder, uncooked eggs are prohibited entry from Mexico into the U.S. Failure to declare agriculture items can result in penalties of up to $10,000.”

CBP spokesperson Roger Maier said this is being seen at other locations as well.

“This is also occurring with added frequency at other southwest border locations as well,” he said.

CBP said that when people declare eggs at the southwest border the eggs are confiscated but the people are not charged.

“CBP agriculture specialists will collect and then then destroy the eggs (and other prohibited food/ag products) as is the routine course of action,” Maier said in a statement to ABC News. “There have been a very small number of cases in the last week or so where the eggs were not declared and then discovered during an inspection. When that happens the eggs are seized and the individual is assessed a $300 civil penalty. Penalties can be higher for repeat offenders or commercial size imports.”