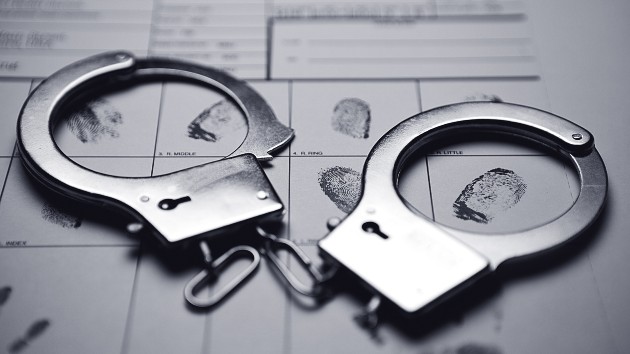 (WASHINGTON) — A self-described “Sergeant of Arms” of the Seattle chapter of the far-right group Proud Boys was arrested Wednesday in connection with the U.S. Capitol riot, authorities said.

Ethan Nordean, 30, a Washington state resident who authorities said is also known as Rufio Panman, was charged with obstructing or impeding an official proceeding, aiding and abetting, knowingly entering or remaining in restricted building or grounds, and violent entry and disorderly conduct on Capitol grounds. The charges carry a maximum of 32 years in prison if he’s convicted.

The Proud Boys, which has ties to white nationalism, has been characterized by the FBI as a “nationalist organization” with international chapters whose members sometimes engage in acts of violence. The Anti-Defamation League describes the group as “violent, nationalistic, Islamophobic, transphobic and misogynistic.”

The FBI affidavit includes photographs and video stills that allegedly show Nordean entering the U.S. Capitol building on Jan. 6 “near the front of the crowd of rioters, who collectively approached, stood off against, and vastly outnumbered Capitol Police.”

The affidavit also identified Nordean in a video taken near the Capitol on Jan. 6 marching with Joseph Biggs, a “self-described organizer of the Proud Boys” who was arrested on Jan. 20 in Florida on charges related to the violence at the Capitol.

According to the affidavit, Nordean was an “active poster” on the social media site Parler, under the username @Rebelrufio.

“Nordean’s posts prior to January 6, 2021, indicate that he and other Proud Boys members were planning in advance to organize a group that would attempt to overwhelm police barricades and enter the United States Capitol building,” the affidavit alleged.

Nordean allegedly asked for donations of “protective gear” and “communications equipment” in late December and allegedly posted a video a few days before the siege with the caption, “Let them remember the day they decided to make war with us,” the affidavit stated.

Nordean appeared in federal court in the Western District of Washington Wednesday afternoon, where his attorney requested a preliminary detention hearing in his case be set for Monday at 9 a.m. PT so she could have time to deliberate with him on the charges brought by the government. He will remain in the government’s custody until then.

ABC News has reached out to Nordean’s attorney for comment.

Another alleged member of the Proud Boys was indicted by a federal grand jury in connection with the Capitol riot, the Department of Justice said Wednesday.

Nicholas Ochs, 34, of Honolulu, has been accused of conspiring to obstruct the certification of the presidential election.

According to the indictment, Ochs was a founding member of the Proud Boys Hawaii chapter and has the words “Proud Boy” tattooed on his right arm. He unsuccessfully ran for Hawaii’s state legislature as a Republican last year.

Ochs was indicted along with Nicholas DeCarlo, 30, of Burleson, Texas.

The indictment accuses both men of “taking steps to plan an operation to stop, delay, and hinder Congress’ certification of the Electoral College vote” and “fundraising for this effort.”

It also alleges the men “defaced” a Capitol door with the words “Murder the media.” The Justice Department released a photo of the two allegedly posing next to it.

The indictment also alleges that they stole a pair of flex handcuffs belonging to U.S. Capitol Police and “posted photographs and videos to social media depicting their actions inside the U.S. Capitol building in real time.”

DeCarlo told the Los Angeles Times last month that he entered the Capitol as a “journalist,” though charging documents from last month stated that he did not have press credentials. He is an employee of MT Media News, which stands for Murder the Media, according to the criminal complaint.

DeCarlo and Ochs previously were taken into custody on Jan. 26 and Jan. 7, respectively, on other charges for their alleged participation in the Capitol riot.

Both will be arraigned on the indictment in front of a district judge, the Justice Department said. If convicted, both men could face a maximum sentence of 20 years in prison, a fine of up to $250,000, and three years of supervised release.

ABC News left a message with Ochs’ attorney. No attorney information was available for DeCarlo.

Last week, two alleged Proud Boys members from New York were also indicted on charges of conspiracy in connection with the Capitol attack, the Department of Justice said.