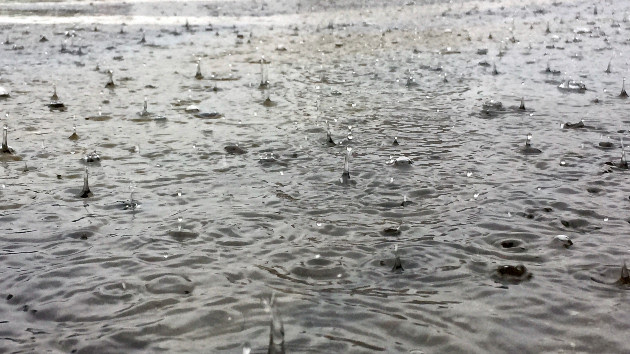 (NEW YORK) — Another “powerful” atmospheric river struck the West Coast Monday, and has already prompted evacuation orders and rescues in California as torrential rain, high winds and downed trees have created a dangerous situation for thousands of residents.

The Monterey County Sheriff’s Office issued an evacuation order for several California counties, including the Pajaro Community, low-lying areas around the Carmel River, Carmel Valley, Carmel-by-the-Sea and Andrew Malero State Park. Around noon, the Montecito Fire Department issued an evacuation order for all of Montecito, parts of Carpinteria, Summerland and the City of Santa Barbara.

The Santa Barbara Airport was shut down due to flooding and several rescues were undertaken as streets flooded and several roads were closed as the storm bore down, according to California officials.

Up to a foot of rain is expected to hit coastal areas before the two systems are done Tuesday morning, according to meteorologists.

“Take this seriously we anticipate rains to increase more in the afternoon hours,” Eric Boldt, the Warning Coordination Meteorologist for the National Weather Service’s Los Angeles office said at an 11 a.m. news conference.

Flash flood alerts were issued Monday for several counties including Santa Barbara, Fresno and San Luis Obispo, according to the National Weather Service. Flash flood warnings were issued for the Bay area until Tuesday morning.

The latest forecast shows “two major episodes of heavy precipitation” impacting California “in quick succession,” along with “two of the more energetic and moisture-laden parade of cyclones that are aiming directly for” the Golden State NWS said. The first episode, which began streaming into central California on Sunday night, “is expected to be the more robust of the two,” resulting in rainfall totals of 3 to 5 inches near the coast, according to the NWS.

The first system, which is still hitting the area, has already caused downed trees and damage throughout Northern California. Several California rivers approached or exceeded flood levels, according to officials

In Santa Cruz County, first responders had to use jet skis to rescue people stranded in the storm.

“We recognize that it is hard. It’s hard on you, your families and your businesses. But we know that you are strong, and our communities are strong and resilient,” he said.

The second episode is expected to quickly arrive Tuesday with less heavy rainfall totals but “impacting locations farther south into southern California,” the NWS said. The Sierra Nevada mountain range, which stretches along the eastern edge of California, will likely see snowfall totals “exceeding 6 feet across the higher elevations before the snow tapers off Wednesday morning,” according to the NWS.

The forecast shows hourly rainfall totals are likely to steadily increase through Tuesday morning, reaching 1 inch in central California’s coastal Santa Lucia mountain range. Elsewhere, peak hourly rainfall totals of one inch can be expected. The cumulative effect of successive heavy precipitation combined with gusty winds will lead to additional instances of flash flooding and debris flow — especially in burn scars and other areas of sensitive terrain — as well as mudslides and rapid rises of creeks, streams and rivers, according to the NWS.

“Significant” impacts to travel and infrastructure, including possible power outages, road closures, downed trees and snow load, can also be expected, the NWS said. Residents and visitors across the affected region have been advised to check their local forecast, never drive across flooded roadways and have both an emergency kit and evacuation plan in place.

As of noon local time on Monday, roughly 81,000 Bay Area customers and 34,000 Sacramento area customers were without power in California, according to data collected by the website PowerOutage.us. Officials warned residents that more outages are possible throughout the night.

Throughout Monday afternoon, first responders in tall vehicles had to travel through flooded streets and roads covered with debris from nearby hills and mountains.

California Gov. Gavin Newsom warned Sunday that the worst of the storms was yet to come. He said officials were preparing by activating emergency response teams and staging equipment throughout the state. The governor’s office also submitted a request to the White House for a presidential emergency declaration. President Joe Biden late Sunday approved an emergency declaration in California, ordering federal assistance to supplement state and local response efforts.

In Northern California, the Sacramento County Office of Emergency Services issued an evacuation order on Sunday for residents living in the Wilton area, along the Cosumnes River.

“Flooding is imminent. Out of an abundance of caution, residents must leave now before roads become impassable,” the evacuation order stated. “Rising water may spill over onto the nearest roadways and cut off access to leave the area. Last weekend, exit routes flooded quickly for residents leaving Wilton, so we are urging residents to get out now.”