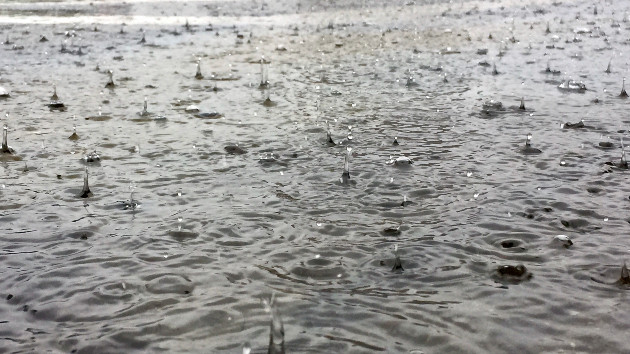 (NEW YORK) — Dangerously stormy weather continues to wallop California, drenching the drought-stricken state with a sudden and near constant onslaught of rain and snow, leaving a trail of destruction.

The National Weather Service has warned of a “relentless parade of atmospheric rivers” in the West Coast over the coming week. President Joe Biden has issued an emergency declaration for California, while local authorities have ordered thousands of residents to evacuate.

Santa Barbara County announced Tuesday that it’s lifting all its evacuation and shelter-in-place orders but warns that flooding may be present in certain parts of the county.

All Evacuation Orders and Shelter in Place Canceled for Santa Barbara County, including Montecito. Please follow the link for details: https://t.co/u91XGKqIMp pic.twitter.com/GrmaAXjopy

On Monday, Santa Barbara received a record 4.12 inches of rainfall.

At least 17 people are confirmed dead in California because of the powerful storms slamming the state, according to Gov. Gavin Newsom.

More than 44,000 people are under evacuation orders, Newsom said at a press conference on Tuesday.

Over 142,000 customers are without power throughout the state.

“We are not out of the woods,” Newsom said.

The storms are expected to impact the state until Jan. 18, according to the governor.

Rescuers have resumed the search for a missing 5-year-old boy who was swept away by floodwaters near San Miguel, California, after they were forced to halt the search on Monday as the extreme weather made it unsafe for first responders to continue their efforts, according to the San Luis Obispo County Sheriff’s Office.

Underwater search and rescue, as well as air operations, will continue the search during a break in the intense storms, but warned that conditions continue to be extremely dangerous, the sheriff’s office said.

“The water level is high and continues to be fast moving. The public is strongly cautioned not to conduct self-initiated searches and put themselves in harms way and become a victim requiring resources that would otherwise be used for searching,” the sheriff’s office said in a release.

At least 16 people are confirmed dead due to California’s most recent band of storms.

Over 195,000 customers are without power throughout the state.

California Gov. Gavin Newsom’s office confirmed 14 deaths as of Monday afternoon. Two more deaths were confirmed on Tuesday. Lightning struck a tree that fell on top of a truck, killing its driver. A motorcyclist also died after hitting a tree on the road.

More than 224,000 customers were without power across California early Tuesday, as storms unabatedly battered the Golden State.

As of 4:56 a.m. PT, there were 224,470 Californian customers without power, according to data collected by the website PowerOutage.us. A majority of those — 64,057 customers — were located in Santa Clara County.

Storms have dumped copious amounts of rain over California in recent days.

Meanwhile, the highest wind gust in the last 24 hours — up to 88 miles per hour — was recorded in the mountains near Santa Clarita.

Another 5 to 10 inches of rainfall is expected across California through the weekend, with the possibility of more flooding. An additional 4 to 6 feet of snow in the Sierra Nevada mountain range is also in the forecast.

Jan 10, 7:47 AM EST
The latest forecast for California

An unusually long and powerful jet stream is bringing tropical moisture all the way from Southeast Asia to California. It’s been parked over the Pacific Ocean for weeks, with no end in sight.

The latest forecast shows parts of these Pacific storms moving into the Rocky Mountains on Tuesday, with heavy snowfall and gusty winds.

The next storm is already arriving in the San Francisco Bay Area on Tuesday morning and will last through the day. Los Angeles and other parts of Southern California will also get more rain with this new storm, according to the forecast.

California will have some respite on Tuesday night before a new storm arrives in the San Francisco Bay Area on Wednesday morning.

This pattern of stormy weather will not end there. The forecast shows yet another system arriving at the end of the week and lasting through the weekend, bringing even more rain from San Francisco to Los Angeles.

Jan 10, 7:12 AM EST
Tornado warnings for parts of Central California

More than 192,000 customers were without power across California early Tuesday, as storms unabatedly battered the Golden State.

As of 3:37 a.m. PT, there were 192,426 Californian customers without power, according to data collected by the website PowerOutage.us. A majority of those — 85,314 customers — were located in Santa Clara County.