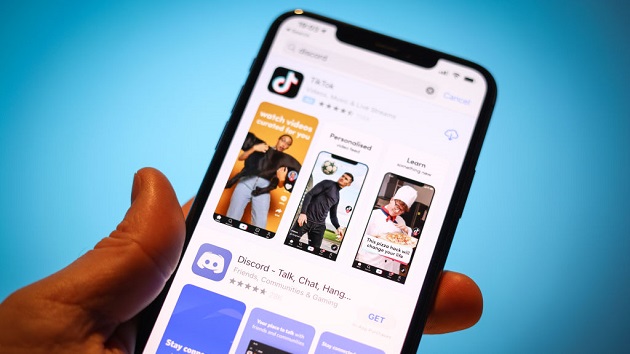 (BUFFALO, N.Y.) — In the early months of the pandemic, security experts sounded the alarm over the possible escalation of online radicalization and terrorist violence as people isolated and spent more time on social media.

An internal Department of Homeland Security memo in early 2020 cautioned that the new pandemic lifestyle could “increase the vulnerability of some citizens to mobilize to violence.” The U.N. warned in a November 2020 report of cases involving “malicious” use of social media for fomenting extremist beliefs.

The suspect behind an attack on Saturday at a supermarket in Buffalo, New York – which left 10 dead, all of whom were Black, and three others wounded – appears to have posted writing that epitomizes these fears. In a 180-page document, 18-year-old Payton Gendron, allegedly shared a litany of bigoted views and conspiracy theories. One theory he espoused — “replacement theory” — argues that Democrats are trying to bring about a demographic shift to consolidate power.

Gendron has pleaded not guilty to first-degree murder charges.

The tragedy highlights the threat posed by online radicalization, several experts told ABC, pointing to a toxic blend of circumstances brought about by the pandemic: widespread social isolation, heightened social media use and the spread of conspiracy theories. Further, the prevalence of extremism on the internet has exposed the shortcomings of social media platforms to police content, experts said.

The last two calendar years are the highest on record for domestic terror plots and attacks going back to at least 1994, the first year for which the Center for Strategic and International Studies collected such data, the Washington D.C.-based think tank said in a recent report.

The notion of radicalization can prove difficult to pin down because definitions vary, Deana Rohlinger, a professor at Florida State University who studies media and social movements, told ABC News. She defined the term as a process of interacting with individuals, groups, or pieces of content that engender pure or extremist views.

She defines extremist views as those which are “fundamentally opposed to the status quo.” In the U.S., that would include opposition to the democratic welfare state or tolerance of diverse ideas, she said. A key component of the definition includes a consideration of or willingness to commit violence in advancing one’s viewpoint, she added.

Ciaran O’Connor, an analyst at the London-based Institute for Strategic Dialogue who tracks internet disinformation and extremism, told ABC News that the alleged shooter “exhibits so many of the signs of people who have become engaged in conspiracies and extremist spaces over the last two years,” citing reports of what the alleged shooter said in a 180-page document.

Megan Squire, a professor of computer science at Elon University who focuses on far-right extremism online, said that research on the trend is “mixed,” noting her own work, which found a decline in traffic to some far-right websites during the pandemic that belies the supposed rise in such content elsewhere online.

The American Civil Liberties Union, a staunch defender of free speech, criticizes the term “radicalization,” arguing that the theory that extremist beliefs lead to violence is “unscientific” and ends up limiting constitutionally protected views.

As coronavirus cases and deaths mounted in the early days of the pandemic, the scientific community could not definitively explain the origins of the disease or how to stop its spread.

“It was a very complex period with no clear answer, no clear solutions,” O’Connor said. “A lot of extremists were very successful offering solutions and someone to blame — they found a lot of people.”

“Everyone’s world became even smaller and less connected in the ways humans crave,” she said.

“We don’t always find the best communities in which to get engaged,” she added.

Misinformation and conspiracy theories emerged in posts across major social media platforms like Facebook, Instagram and Twitter. Membership in Facebook groups devoted to the conspiracy theory QAnon increased by 120% in March 2020, and engagement rates in such groups increased by 91% that month, a study from the Institute for Strategic Dialogue found.

Facebook announced a ban on QAnon pages in October 2020. The company pointed ABC News to a blog post that said, as of September 2021, the company had removed about 3,900 pages, 11,300 groups, 640 events, 50,300 Facebook profiles and 32,500 Instagram accounts for violating its policy against QAnon.

Extremist views also circulated on lesser-known sites like 4chan, an anonymous imageboard site known for the appearance of hateful content. Gendron wrote that he visited 4chan during the pandemic. 4chan did not respond to a request for comment.

Discord, another social media site used by the alleged shooter in Buffalo, grew in popularity during the pandemic. The site is popular with teenagers and has been accused of spreading conspiracy theories.

“We extend our deepest sympathies to the victims and their families. Hate and violence have no place on Discord. We are doing everything we can to assist law enforcement in the investigation,” a spokesperson for Discord told ABC News.

A study by researchers at Northwestern University, released in September 2020, found that individuals who received their news from social media were more likely to believe in misinformation about coronavirus conspiracies and risk factors.

Squire challenged the default acceptance of the claim made by Gendron that exposure to extremist ideas on 4chan radicalized him. “Because that was a prevailing narrative in the media [at the time], it may be he was just repeating that or following that logic placed in front of him,” she said.

Online radicalization amid the pandemic has also drawn strength from the “mainstreaming” of extremist views among prominent politicians and public figures, Rohlinger told ABC News.

When questioned by reporters Tuesday, Senate Majority Leader Mitch McConnell declined to directly denounce replacement theory, which several members of his party have been accused of promoting.

Asked if the eventual receding of the pandemic could lessen the threat of online radicalization, O’Connor said a reduction of time spent on the internet could have a “positive impact” on limiting exposure to extremist ideas.

“A lot of seeds may have been planted for people,” he cautioned. “It’s hard to dissuade people once they’ve been exposed.”