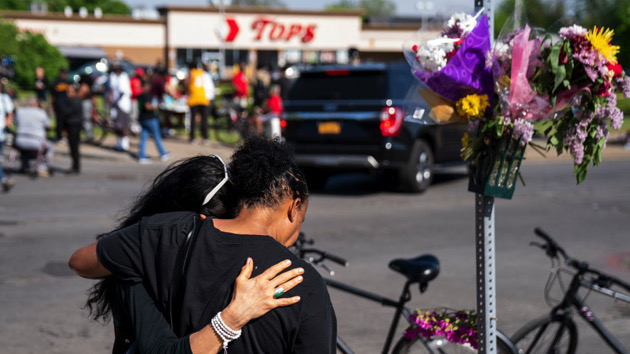 (BUFFALO, N.Y.) — Payton Gendron, the alleged gunman who shot fatally 10 people in Buffalo, New York, on Saturday, would have continued his rampage if he had not been stopped, Buffalo Commissioner Joseph Gramaglia told ABC News.

Gendron, wearing military fatigues, body armor and a tactical helmet, allegedly shot four people in the parking lot of a Tops supermarket around 2:30 p.m. Saturday, three fatally. He proceeded inside the store where he was confronted by a retired Buffalo police officer working security, police said. The gunman then proceeded to shoot nine more people inside the store, police said.

All 10 victims who died in the attack were Black — six females and four males ranging in age from 32 to 86, law enforcement officials said. One of the wounded victims was Black while the two others were white, officials said.

The three survivors were hospitalized with non-life-threatening gunshot wounds, authorities said. Four of the shooting victims were store employees; the others were customers.