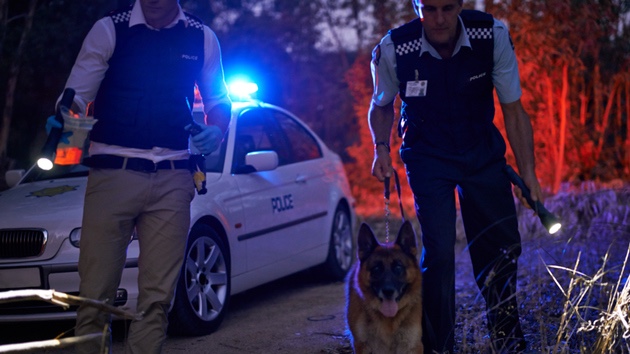 A massive search is continuing in southern Florida for Brian Laundrie, the boyfriend of Gabby Petito, the 22-year-old woman who went missing on a cross-country trip and who authorities confirmed Tuesday as the body discovered on Sunday in the Bridger-Teton National Forest in Wyoming.

The search for the 23-year-old Laundrie is centered around North Port, Florida, where investigators said Laundrie returned to his home on September 1 without Petito but driving her 2012 Ford Transit.

The Sarasota County Sheriff’s Office confirmed on Twitter Wednesday that its Underwater Recovery Force team has been dispatched to the Carlton Reserve near North Port, where the search for Laundrie is focused.

The sheriff’s office, one of multiple law enforcement agencies involved in the search, did not elaborate on why the team was needed at the search site.

We continue to respond to requests for mutual aid from neighboring law enforcement agencies & federal partners. To confirm, yes, members of our Sheriff’s Underwater Recovery Force have responded to Carlton Reserve. This in addition to our Emergency Response Team, Air-1 & patrol. pic.twitter.com/LcagDcofLL

“We continue to respond to requests for mutual aid from neighboring law enforcement agencies & federal partners. To confirm, yes, members of our Sheriff’s Underwater Recovery Force have responded to Carlton Reserve,” reads the agency’s tweet.

The Moab, Utah, police department has released a report from a second witness claiming he saw Gabby Petito and Brian Laundrie engaged in a domestic dispute in Moab on Aug. 12.

The witness told police he observed a man and a woman, later identified Petito and Laundrie, arguing over a cellphone about 4:30 in the afternoon outside a grocery store in Moab, according to a statement from police.

“They were talking aggressively @ each other & something seemed off. At one point they were sort of fighting over a phone — I think the male took the female’s phone. It appeared that he didn’t want her in the white van. He got into the driver’s seat & she followed him. At one point she was punching him in the arm and/or face & trying to get into the van,” the witness wrote in the police report.

The witness, according to the statement, said the woman eventually climbed over the driver to get into the passenger seat and that she was overheard saying, “Why do you have to be so mean”?

“I wasn’t sure how serious this was — it was hard to tell if it was sort of play fighting, but from my point of view something definitely didn’t seem right. It was as if this guy was trying to leave her, and maybe take her phone? Not sure but wanted to help out,” the witness wrote.

Around the same time, a 911 caller told a Grand County, Utah, Sheriff’s Office dispatcher that he witnessed Laundrie allegedly “slapping” Petito and chasing her up and down a sidewalk hitting her, according to a recording released by the sheriff’s office.

As a massive search continued Wednesday for Brian Laundrie in south Florida’s Carlton Reserve, the family of Gabby Petito was making arrangements to bring her remains home to her native New York for a funeral.

A large team of law enforcement officers and police K-9 units resumed their search of the roughly 25,000-acre preserve near North Port, Florida, where Laundrie’s relatives told police he claimed he was headed to when they last spoke to him on September 14.

Photos posted on Twitter Wednesday morning by the North Port Police Department showed officers from multiple agencies plotting areas to search, along with other images of high-water vehicles and search dogs.

Search ends for another day with ‘nothing of note’ found

The North Port Police Department said it had ended its search of the Carlton Reserve as darkness closed in with nothing found.

“Search of the Carlton & nearby lands concluded for the evening. Nothing of note,” the police department shared in a tweet. “The current plan is to return Wednesday with a similar operation.”

Search of the Carlton & nearby lands concluded for the evening. Nothing of note. The current plan is to return Wednesday with a similar operation. We join the FBI in asking for continued public assistance by sharing any info 1-800-CALL FBI or https://t.co/vlIagGIoHc pic.twitter.com/5DWopahBI8

Police shared a photo of the search operation’s base in the reserve as well as one of the bloodhounds being used to look for the missing person of interest in conjunction with the death of his girlfriend.

Gabby Petito’s body was officially identified on Tuesday evening after it was found near Grand Teton National Park on Sunday. The Teton County coroner said Petito died via homicide, but did not yet announce a cause of death.

Sarasota police also later debunked a rumor that Laundrie had been taken into custody. It said on Twitter that they had received several tips about him being seen, but none of them panned out.