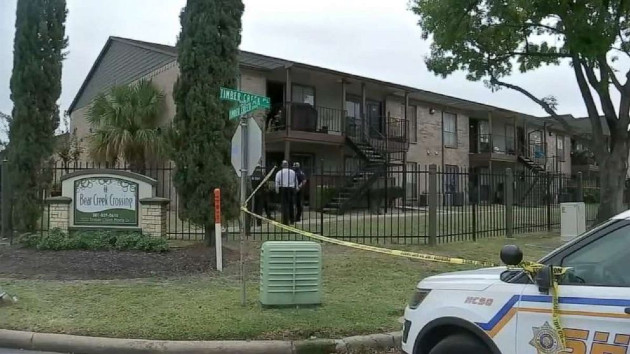 (HOUSTON) — An 8-year-old boy has been killed after his brother accidentally shot him with a shotgun while playing with it in the family home, police say.

The incident occurred at approximately 3 p.m. Monday at the Bear Creek Apartments some 20 miles west of downtown Houston, Texas, when the 8-year-old boy — who was home alone with his 10-year-old and 13-year-old siblings — was hit in the torso with a bullet that was discharged from a shotgun inside the only bedroom in their home, according to Harris County Sheriff Ed Gonzalez.

“A child was playing with a shotgun when it discharged and struck his sibling,” said Gonzalez in a statement released by the Harris County Sheriff’s Office. “The child was pronounced deceased at the scene. A teen sibling was also in the apt at the time, but was not injured.”

It is currently unclear if the shotgun was already loaded or if it was loaded while the children were playing with it.

“We know the family is extremely devastated by what has occurred out here this afternoon,” Gonzalez said in a press conference as he addressed the media regarding the incident. “I always even struggle to say it’s accidental because [incidents like] these are truly preventable … if [a gun] is going to be in the home, especially if kids are going to stay in the home, it needs to be safely secure or not in the home.”

The family is believed to have just recently moved from Venezuela to the Houston area just a few months ago and they were in the process of getting their children enrolled in new schools, according to ABC News’ Houston station KTRK-TV.

The children’s parents may potentially face charges in this case depending on the outcome of the investigation.

The investigation into the circumstances surrounding the death of the 8-year-old boy is ongoing.