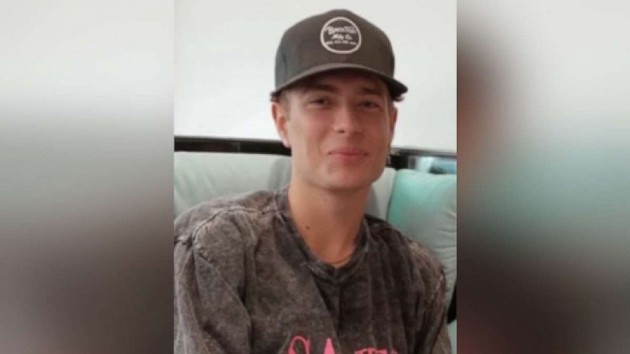 The memorial service took place at the Doyt L. Perry Stadium, and featured remarks from school President Rodney Rogers as well as Foltz’s friends, the school announced. COVID-19 procedures were in place, including mask wearing and social distancing, according to the university.

On March 7, Foltz, a sophomore in the university’s College of Business, died after being hospitalized for three days following an “alleged hazing activity involving alcohol consumption” at an off-campus Pi Kappa Alpha event, the university said in a statement.

Foltz’s organs were donated, according to a family attorney.

“Sunday’s memorial was a testament to who Stone was as a person, student and friend and also to the impact this tragedy has had on BGSU. Stone was kind, selfless, resilient and full of life,” Rogers said in a statement. “His life will not just be defined by who he was or how he made others feel, but by the positive actions that come from this tragedy, and that starts with each one of us.”

The university placed the Delta Beta Chapter of the Pi Kappa Alpha fraternity on interim suspension and suspended all new-member intake processes, the school said in a statement on March 9.

The school added it suspended on- and off-campus Greek life social events and “announced plans to work with third parties to conduct a comprehensive review of all student organizations and activities for more accountability and transparency.”

The university said it is working with law enforcement in their investigation into Foltz’s death.

In a statement to ABC News last week, the Pi Kappa Alpha fraternity said they were “horrified and outraged” by the incident, and would “pursue permanent suspension of Delta Beta Chapter as well as expulsion of all chapter members from the International Fraternity.”