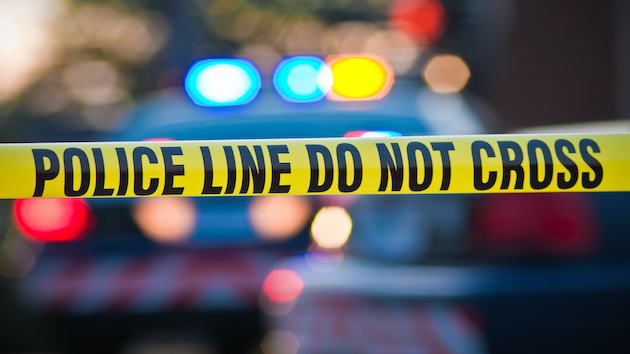 (BOULDER, Colo.) — At least 10 people, including a police officer, were killed in Boulder, Colorado, on Monday afternoon when a gunman opened fire at a King Soopers grocery store, police said.

The slain officer has been identified by police as 51-year-old Eric Talley. He had been a member of the Boulder Police Department since 2010.

A law enforcement source told ABC News that officers initially responded to a report of someone being shot in the parking lot of the supermarket and, when they arrived at the scene, a suspect carrying a long gun opened fire on them. Talley was the first officer to arrive on scene, where he was fatally shot.

A suspect was wounded during the confrontation with police and taken into custody, according to Boulder Police Department Commander Kerry Yamaguchi, who did not immediately reveal the individual’s name or a motive for the deadly shooting.

The suspect was transported to an area hospital to be treated for injuries. There are no additional suspects at this time, Yamaguchi said.

Boulder Police Chief Maris Herold fought back tears at a Monday evening press conference, during which he praised Talley for his “heroic action” in responding to the incident after the police department received 911 calls of shots fired and of a “possible person with a patrol rifle.”

“Our hearts … go out to the victims of this horrific incident,” Herold said. “Officer Talley responded to the scene, was first on the scene, and he was fatally shot.”

Several other law enforcement agencies responded to the scene, including SWAT teams.

“Without that quick response, we don’t know if there would have been more loss of life,” Yamaguchi told reporters at the press conference Monday evening.

Matthew Kirsch, acting U.S. Attorney for the District of Colorado, pledged that “the full weight of federal law enforcement” will support the investigation. He said agents from the Federal Bureau of Investigation and the Bureau of Alcohol, Tobacco, Firearms and Explosives were at the crime scene.

Both Yamaguchi and Boulder District Attorney Michael Michael Dougherty said they would be releasing more information on the deceased victims, including the exact number of victims, within the coming hours, after they notify families. The Boulder Police Department later posted an update on Twitter, saying the next press conference would be Tuesday at 8:30 a.m. local time and that “no new information will be released before then.”

“Boulder has suffered a terrible and horrific mass shooting today,” Dougherty told reporters at the press conference Monday evening. “This is not the first mass shooting that we have had in the state of Colorado.”

“He took his job as a police officer very seriously,” Homer Talley said of his son in the statement. “He had seven children. The youngest is 7 years old. He loved his kids and his family more than anything.”

“He didn’t want to put his family through something like this,” Homer Talley said, “and he believed in Jesus Chris.”

Sen. Michael Bennet, D-Col., took to Twitter on Monday night to react to the deadly shooting.

“My heart goes out to the families of the Coloradans, including a Boulder police officer, whose lives were tragically taken by a senseless act of gun violence,” Bennet tweeted. “I am deeply grateful for the swift response from law enforcement and first responders. Enough is enough.”

U.S. Secretary of State Antony Blinken also addressed the shooting in his opening remarks at the NATO headquarters in Brussels on Tuesday morning.

“I do want to start — before we actually begin — by expressing my own horror at the violence that occurred yesterday in Boulder, Colorado,” Blinken said, “and offer my deepest condolences to the loved ones of those who were killed, including a law enforcement officer.”

Then, at 4:10 p.m. local time, police tweeted out an alert telling people “to shelter in place” amid a report of an “armed, dangerous individual” about 3 miles away from the King Soopers grocery store. The shelter-in-place order was lifted at around 5:41 p.m. local time, and Yamaguchi told reporters that the incident was not related to the shooting.

Andy Arellano, who works at the King Soopers grocery store in Boulder, told Denver ABC affiliate KMGH-TV that he was concerned for his colleagues and shoppers as gunshots rang out.

Eyewitness Andrew Hummel told KMGH that he was at another store in the same shopping center when he heard the shots, prompting him and others to run out.

Sarah Moonshadow, another eyewitness, told KMGH that she was in the supermarket with her son when she heard four gunshots.

“We were hiding down, kind of in the self-checkout area, and I just knew, like, this is a problem,” Moonshadow said. “And I started counting in between shots and then I just grabbed Nicholas, I said, ‘Move now."”

U.S. Attorney General Merrick Garland has also been briefed, an official with the U.S. Department of Justice told ABC News.

“My prayers are with our fellow Coloradans in this time of sadness and grief as we learn more about the extent of the tragedy,” Polis added.

In another statement issued Monday evening, the governor asked for residents to have patience as the investigation continues.

Polis released a third statement late Monday night, mourning the lives lost and showing his support for his community.

“Today, ten lives were tragically lost, including Boulder Police Officer Eric Talley,” he said. “And tonight, the families of these victims, our fellow Coloradans, my neighbors, are hearing the devastating news that their loved one who simply woke up and went to work this morning, or who ran out to pick up eggs, won’t be coming home.”

“This year we have all been surrounded by loss of life, illness and isolation,” he continued, referring to the impact of the coronavirus pandemic. “As spring sprung this weekend, and vaccines continue to get into arms, lightness creeped back in only for the darkness to descend on us again today. Today we saw the face of evil. I am grieving with my community and all Coloradans.”

The union that represents the store’s workers, United Food and Commercial Workers International Union, tweeted that it was monitoring the situation.

“The Colorado Rockies are devastated by today’s senseless tragedy in Boulder,” the team tweeted. “Our heart breaks for the lives needlessly lost and our thoughts are with everyone affected by this shooting. We are grateful for the brave heroes and first responders who acted quickly.”