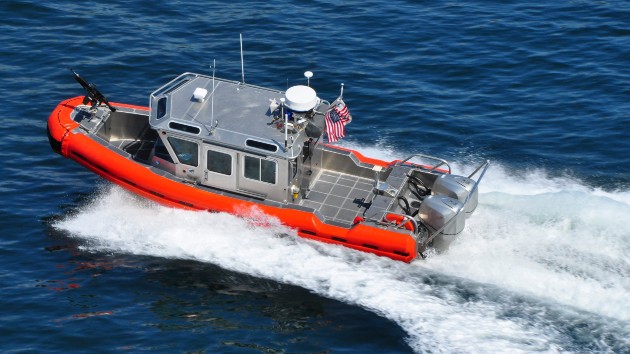 (SAN DIEGO) — At least four people died after a crowded “smuggling vessel” hit a reef and capsized off the coast of San Diego on Sunday morning, officials said.

The incident took place around 9:56 a.m. local time, when a call came in from a commercial vessel that reported there was another boat in trouble near Point Loma leading into San Diego Bay, according to Rick Romero of the San Diego Lifeguard Services.

The initial report said there was just one person aboard the distressed ship. However, rescuers said there were as many as 30 people involved. James Gartland, the lifeguard chief for the city of San Diego, said the vessel hit a reef and broke.

“There are people in the water drowning, getting sucked by currents, people on shore,” Romero told reporters at a news conference.

Seven people were in the water, and two had drowned, according to Romero. The remainder of the passengers were taken to area hospitals with conditions ranging from “hypothermia and injuries from the vessel breaking,” Romero said.

At least three people needed CPR, according to Gartland.

Weather conditions, which caused the boat to break apart, also hindered the rescue efforts, according to a source with knowledge of the investigation. There were seven-foot swells, low clouds and some rain.

Divers could not go in the water because the weather was so bad, the source told ABC News.

The U.S. Customs and Border Protection is investigating the crash since it took place in federal waters.

Jeff Stephenson, a Border Patrol agent, told reporters that the boat was a smuggling vessel, and the likely operator was in custody.

A spokesperson for UC San Diego Medical Center, Hillcrest said it also received eight patients, three of whom were trauma patients while the others were sent to the emergency department.

On Sunday night, the U.S. Coast Guard said in a statement that 29 have reportedly been accounted for: 24 of them who are alive, four who are dead “and one person who was last reported to be in critical condition.”