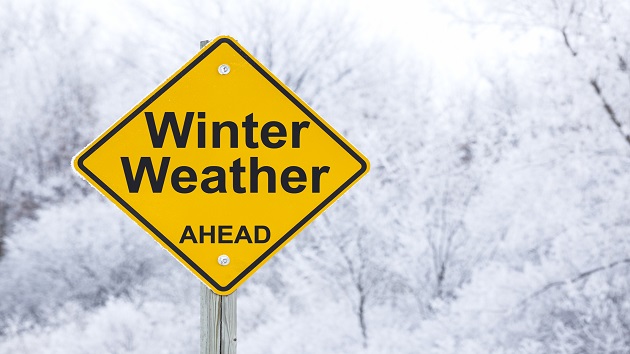 (BUFFALO, N.Y.) — At least 55 people have died nationwide from the wintry weather wreaking havoc across the U.S. over Christmas weekend.

The most deaths are in western New York, where 32 people have died in the wake of a massive lake-effect snowstorm, according to New York Gov. Kathy Hochul and local officials.

Hochul called the storm “the blizzard of the century” in western New York during a news conference Monday and said the White House has promised to quickly approve an emergency disaster declaration. President Joe Biden said he spoke to Hochul on Monday afternoon. He approved a federal emergency declaration in New York Monday evening.

Thirty-one of New York’s deaths are in Erie County, which includes the city of Buffalo, Mark Poloncarz, the executive of Erie County, said Tuesday. One storm-related death was reported in neighboring Niagara County, officials said.

Poloncarz said Tuesday morning that while three new storm-related deaths were confirmed overnight by the Erie County Medical Examiner’s Office, the death toll in Erie County rose by only one because the coroner determined the first two people reported dead during the storm in the Buffalo suburb of Cheektowaga were not directly related to the blizzard but due to “medical conditions that were not savable.”

Among the storm-related causes of death confirmed by the Erie County Medical Examiner’s Office were three people who suffered heart attacks while shoveling or blowing snow, 14 people who were found outside and three who died due to an EMS delay.

“We do expect that there will be more,” Poloncarz said.

Buffalo Mayor Byron Brown said 18 bodies were recovered in the city of Buffalo; most were found by police inside vehicles.

Among those who perished in the storm in Buffalo was William Clay, who died on his 56th birthday, his sister, Sophia Clay, told ABC News. Sophia Clay said her brother was on his way to a store on Friday when the weather worsened. His body was found frozen on a street, authorities said.

William Clay, according to his sister, was the father of one son, a grandfather of two, and one of seven siblings. She said he read the Bible daily and could quote scripture by heart.

A driving state of emergency remains in effect in Erie County and Poloncarz said police will start issuing summons to people driving around — “joyriding” — in violation of the driving ban. He said the city of Buffalo remains impassable.

A driving ban remained in effect for the city of Buffalo Tuesday, but Poloncarz said people were not heeding the ban and getting stuck, causing delays for emergency vehicles, snowplows and other large pieces of equipment trying to clear the streets of mountains of snow and abandoned vehicles.

“People just are not obeying the driving ban,” said Poloncarz, justifying the use of military police to enforce the ban.

Buffalo received more than 50 inches of snow over the weekend, according to the National Weather Service.

Poloncarz said 12,473 utility customers countywide remain without power on Monday and he warned some might not have electricity until Tuesday due to the “serious nature of the substation damage.” He said power was restored to about 13,000 customers overnight.

Polocarz said that fewer than 5,000 utility customers in Erie County were still without power Tuesday morning.

Buffalo’s airport will be closed until Wednesday. Pittsburgh’s airport is sending plows to help dig out the runways.