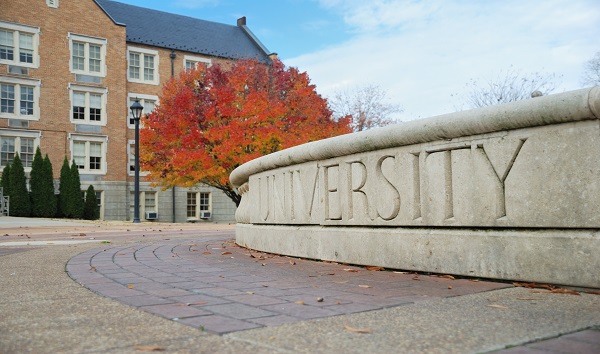 (NEW YORK) — During the past two years of the coronavirus pandemic, during which federal student loan payments were put on pause, Marquita Prinzing, of Renton, Washington, said she went through a divorce and bought a home on her own.

Those are two things Prinzing, a mom of two who works full-time, said would have been difficult or impossible to do had she had to pay hundreds of dollars of student loan payments each month to pay down her approximately $100,000 remaining debt.

Now, as Prinzing looks to her future, she said she feels like her life is on hold as she waits to learn whether her loan will be forgiven or whether she’ll have to continue to repay her loans starting in the fall, when the current pause is scheduled to end.

“It means I can’t really think of a different or bigger future,” Prinzing, 38, a first-generation college graduate, told Good Morning America. “It means I am where I’m at, stable right now, because I have to deal with the loan payments and all of what’s going to come back.”

Ameshia Cross, 34, of Washington, D.C., said she, too, is living in flux during the payment pause as her family’s primary provider.

A first-generation college student who adopted her siblings after their mother died, Cross said she has the thought of payments resuming on her six-figure student debt looming over her as she tries to make decisions like whether to move her grandmother to a better care facility or how to care for her brother, who has a developmental disability.

“That this process has been kind of a stopgap measure and not knowing when it might end completely is a very scary place to be,” Cross, assistant director of communications for The Education Trust, a nonprofit focused on student equity, told GMA. “Because you don’t control the family issues or the family situation or the economic situation you’re born into, you do the best with what you have.”

The Education Trust released a report earlier this month, “How Black Women Experience Debt”, that found Black women receive little help when it comes to repaying their student loans. According to the report, 12 years after starting college, Black women owe 13% more than they borrowed, while white men, on average, have paid off 44% of their debt.

Brittani Williams, a senior policy analyst in higher education at The Education Trust and a co-author of the report, is a mother of three who said she currently owes tens of thousands of dollars in student debt, a number that will continue to grow as she is pursuing her doctorate degree.

“There is great anxiety around how will we repay these student loans back, majorly because I am a parenting student,” Williams, 32, of Washington, D.C., told GMA. “While maybe a non-parenting student may have ‘discretionary income,’ I don’t necessarily see that … so sometimes it comes down to what bills are going to be paid.”

On April 6th, President Joe Biden announced another extension in the pause in federal student loan payments — until Aug. 31 — marking the sixth extension to the program in the two years of the pandemic. It comes less than a month before payments were scheduled to restart on May 1, potentially affecting millions of borrowers who have not been making payments.

“If loan payments were to resume on schedule in May, analysis of recent data from the Federal Reserve suggests that millions of student loan borrowers would face significant economic hardship, and delinquencies and defaults could threaten Americans’ financial stability,” said Biden, who faced pressure from top congressional Democrats to extend the pause or cancel student loan debt altogether, a position that has divided the party.

Senate Majority Leader Sen. Chuck Schumer, progressive icons Bernie Sanders and Elizabeth Warren, and many others in their party have been calling on Biden to use executive authority to cancel $50,000 in student debt for all borrowers, though House Speaker Nancy Pelosi has said the president lacks the authority to cancel this debt. Biden pledged to approve $10,000 in student loan forgiveness for every federal borrower during his campaign, but he has yet to do so, expanding parts of existing loan forgiveness programs instead.

Why Black women are so impacted by student debt

As the political debate over student loans continues and the pause remains extended, it is Black women like Prinzing, Williams and Cross who remain disproportionately impacted, data shows.

In the United States, women hold nearly two-thirds of all outstanding loans, according to an analysis by the American Association of University Women.

And Black women are the most likely of any gender group to have student loans, with around one in four Black women having student debt, according to the Census Bureau.

According to the Association of University Women’s analysis, Black women have the highest average total of student debt, at $41,466 for undergraduate and $75,085 for graduate school one year after graduating.

Why Black women are so impacted by student debt is attributable to several factors, including the change decades ago when financing for college began to fall more on individual families, according to Laura Hamilton, professor of sociology at University of California, Merced, and co-author of a report on student debt cancellation.

“When you think about shifting the burden of financing higher education to families, black families in the U.S. have historically had less access to wealth and income, so they haven’t been as able to finance their students’ education because of structural racism and historical discrimination,” Hamilton told “GMA.” “And now Black women are really leading the way in attending college, but they’re doing it without having as much family support because of those structural barriers.”

Many Black women are also first-general college students, which means they may have less knowledge of applying for financial aid and less knowledge of the ins and outs of repayment, experts said. That is what happened to Prinzing, who said she accumulated the majority of loans while getting her master’s degree in education.

Once Black women graduate college, they face both a gender and racial wage gap that sees them typically being paid 63 cents for every dollar paid to white, non-Hispanic men, according to the National Women’s Law Center, a policy-focused organization that fights for gender justice.

“Black women are borrowing more because they lack family wealth and they are paid less to do the same jobs at the same educational level as white men and other people other genders and races,” said Victoria Jackson, co-author of the report with Williams and assistant director of higher education policy at The Education Trust. “Those things are coming together to create this crisis for Black women.”

Williams and Jackson said they applaud the Biden administration for extending the payment pause, and would like to see him continue to extend it through the end of the year. Ideally they said they would like to see student loans forgiven, which would give an advantage to Black women, who are so disproportionately impacted.

“If federal policymakers don’t figure out a way to end this, this student debt crisis, I’m afraid we’re going to end up right back in the same situation that we were in right before we received the pause,” Williams said.

According to Hamilton’s research, released by the Roosevelt Institute, a left-leaning think tank, forgiving student loans could, “play a critical role in addressing the racial wealth gap and building the Black middle class.”

“The people who would really benefit are upwardly mobile, Black and Latinx people who are in the 50th to 98th income percentiles,” Hamilton said. “These are folks that are seriously striving, facing lots of barriers, attempting to be secure, but are being really held back by these enormous debts.”

Jamie Walker-Sallis, of Davenport, Iowa, made her final student loan payment this year, at age 50. She said the burden of student loans loomed over her entire adult life, impacting decisions she had to make, like not pursuing a doctorate degree for a fear of more loans to not having a choice to stay home while her two children were young.

Walker-Sallis said her nearly $100,000 remaining debt was forgiven after the Biden administration expanded eligibility guidance during the pandemic for a student loan forgiveness program for public service workers. She said student loan debt was not even “really a conversation” when she started college over three decades ago.

“It’s first and foremost now because it’s such a hindrance and it can change your trajectory,” Walker-Sallis said. “I hear kids saying now they don’t want to go to college because they don’t want student loan debt.”

“No one wants this burden,” she continued. “It is a true burden.”