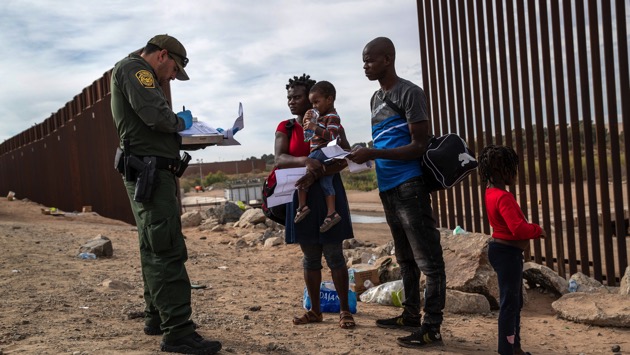 Pew based its calculations in the study, released Thursday, on Census data collected from from 2006 to 2019 through community surveys.

Lopez noted that in addition to the roughly 10% of Blacks who came from anther country, another 9% were born in the U.S. from an immigrant parent, meaning “the immigrant experience is not far from the daily life experiences of about 1 in 5 Black Americans today.”

Abraham Paulos, deputy director of Black Alliance for Just Immigration, which is based in Brooklyn, said Black immigrants and those who’ve lived in the U.S. longer face many of the same challenges.

“I think whatever is happening in Black America is also happening to Black immigrants,” said Paulos, noting America’s historically discriminatory criminal justice system, police brutality and housing inequality. Many of those represented by BAJI also struggle to unionize and to advocate for better working conditions.

Most Black immigrants, the study showed, came from Jamaica (about 760,000) and Haiti (about 700,000) from 2009 to 2019, and many of them, Paulos noted, also faced comparatively more difficult acclimation periods, including more discrimination, than some from other nations.

In September, thousands of Haitian asylum seekers camped under a bridge in Del Rio, Texas. The Biden administration came under fire when images were released showing Customs and Border Patrol officers using horses to push back migrants crossing the Rio Grande into the U.S. And in December, a group of Haitian migrants sued the Biden administration, alleging mistreatment in that incident.

“Haiti is a great example,” Paulos said. “I think with the Haitian immigrant, I think it is probably the best analogy to sort of get a window into how Black Americans are treated by the immigration apparatus.”