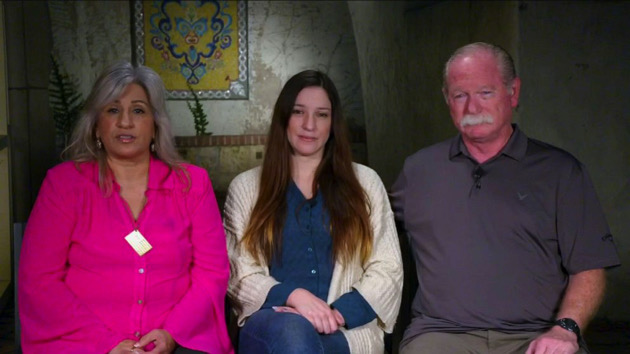 (NEW YORK) — Trevor Reed’s family said President Joe Biden may have saved their son’s life, doing everything he could to bring Reed home, in their first interview since seeing their son on U.S. soil.

“Ultimately it was President Biden,” Joey Reed, Trevor Reed’s father, said in an interview Friday on Good Morning America. “We’ve said all along if we could just speak to the man, we think he would make this happen and that’s exactly what happened. He did everything that we had said he would do and it’s amazing and we can’t thank him enough.”

He added, “We believe he may have saved Trevor’s life.”

Reed, a former Marine from Texas, was released from Russian prison on Wednesday as part of an international prisoner exchange between the U.S. and Russia. He had been held in Russia since 2019.

Trevor Reed’s family said they met with him on Thursday for a few hours. His mother, Paula Reed, said it was the first time they got to hug him, saying “it was heaven.”

The Reeds said they received a phone call early Thursday morning from Roger Carsten, the presidential envoy on hostage affairs, who handed the phone to Trevor Reed, who was on a plane headed to the U.S.

Reed was arrested in Russia, while on a trip visiting his girlfriend, after Russian authorities alleged he grabbed the wheel of a police car and assaulted a police officer while drunk.

Reed denied the allegations and maintained his innocence. A year later he was sentenced to nine years in prison. After several appeals he was moved from a Moscow prison to a remote prison colony.

Reed’s parents said their son has a long road to recovery, in an interview with ABC News’ David Muir on Wednesday.

He is currently in a medical facility receiving care, but his family did not have a complete update on his health on Friday.

“We don’t really have a whole lot of answers yet. He’s getting testing done. He is at a top-notch medical facility and getting great care so we’re excited about that but we won’t really know more for a few days,” Paula Reed said.

The Reeds lobbied for years for the U.S. to negotiate for their son’s release, even personally pleading with Biden.

Other Americans, including Paul Whelan and Brittney Griner, are still being held in Russia.

“Our hearts go out to them and we can only imagine how disappointed they are that their loved ones didn’t get to come home,” Paula Reed said.

She added that Whelan’s release was the first thing her son brought up when the family spoke.

“He said he didn’t feel well and we said, ‘Do you mean physically?’ He said, ‘No, mom. I feel terrible that Paul still there and I’m here.’ And he said when I get better, I’m going to start advocating for them to bring Paul home right away,"” Paula Reed said.