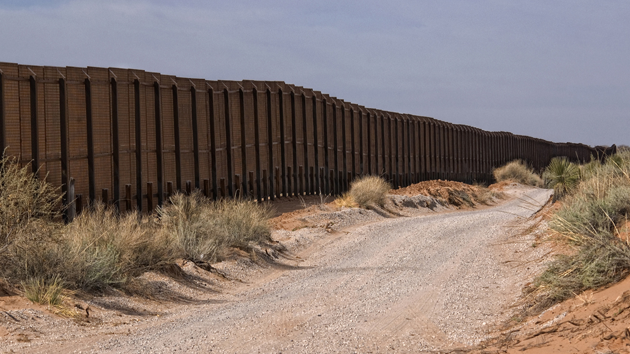 “I don’t know anyone who could watch that video and not have that emotion,” Psaki said on “CBS Mornings.”

The videos from outlets including Reuters and Al Jazeera appear to show a mounted Border Patrol agent snap his horse’s reins in the direction of a migrant who then stumbles back into the Rio Grande near Del Rio, Texas.

However, it is unclear from the video if the agent was using his reins to control the horse and prevent it from falling into the water.

At the United Nations Tuesday, reporters asked Biden for his reaction to the images of U.S. Border Patrol agents confronting migrants near where thousands of Haitians are camped under a bridge.

“We’ll get it under control,” he said.

The video comes as more than 14,000 Haitian migrants surged over the border in Del Rio in the past week.

Psaki said that the videos were inconsistent with the values of the administration, and vowed to pursue an investigation, a sentiment shared by Secretary of Homeland Security Alejandro Mayorkas in a statement Monday.

“I think it’s important for people to know this is not who we are,” Psaki said. “That’s not who the Biden-Harris administration is, and we’re going to absolutely pursue that investigation and get to the bottom of what happened here.”

The U.S. Customs and Border Protection Office of Professional Responsibility began investigating the incident Monday night. A spokesperson for the agency said that it “does not tolerate the abuse of migrants in our custody” and takes the allegations seriously.

“The footage is extremely troubling and the facts learned from the full investigation, which will be conducted swiftly, will define the appropriate disciplinary actions to be taken,” the spokesperson said.

CBP has not said whether it will continue to use agents on horse patrol in Del Rio or elsewhere along the border while it investigates.

During a press briefing Monday, Psaki said that the White House needed more context for the images, but said that even without “full context” she didn’t think it would be acceptable action.