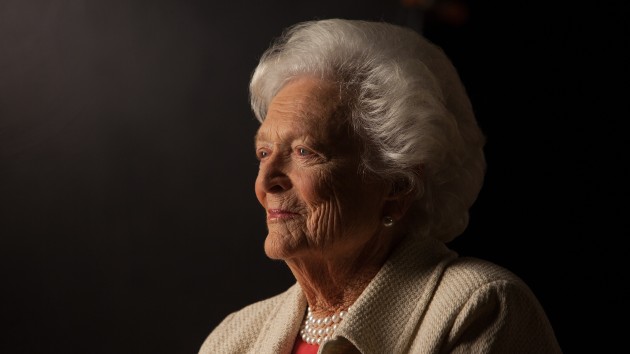 “One in three Houstonians functionally illiterate,” Houston Mayor Sylvester Turner said at a press conference last week announcing the partnership. “The combined efforts of the Mayor’s Office for Adult Literacy and the Barbara Bush Houston Literacy Foundation are essential to achieve transformational change in the lives of adults who cannot read.”

The partnership seeks to coordinate a city-wide blueprint to improve literacy rates in the city over the next 15 years. The partnership plans to spend three months developing a clear understanding of the issue and, from that, develop a framework for helping illiterate adults develop strong language, digital literacy skills, and essential workforce skills, according to the city.

Turner said that “functionally illiterate” adults lack the ability to successfully read and write at a level needed to better manage their daily life.

“One in three does not mean that they cannot read at all. But rather it means that given the context in which they work, the community in which they live … these people cannot read at a proficiency level necessary to succeed,” said Federico Salas-Isnardi, director of the Mayor’s Office for Adult Literacy.

“They perform at the lowest level. Maybe they can read a sign in the street or a warning sign at their job, but they cannot read anything else,” Salas-Isnardi said.

Turner created the Mayor’s Office for Adult Literacy in 2019 to help solve the problem and raise awareness about the issue in Houston. Since its creation, more than 60 organizations have become Houston Adult Literacy providers, offering job readiness, literacy classes, GED preparation, ESL and certification training in addition to several other services.

Houston is the only city in the U.S. that currently has an adult literacy office.

The issue of adult literacy is an issue that Salas-Isnardi said has been exasperated by the pandemic — and potentially beyond.

“The pandemic has made it very, very clear, painfully clear, that many adults who lost their jobs are not good candidates for job training in the new economy because they lack basic skills,” he said. “They can’t read and write at a … basic level, so if we are going to be well-positioned to respond to the new reality, we need to have adults who can read and write at some level of proficiency that will be useful to them as members of the community.”

This startling statistic mirrors a larger education issue in the state.

Salas-Isnardi said while they recognize the correlation between the high school graduation rates and adult literacy rates, their focus remains on adults.

“Many people have gone through the public school system and come out unable to read, and that is a reality. We need to change that. We are working in partnership with the high schools, but our strategies focus on adults. Over the last six or seven years, the city has focused on strategies to address the issue with children’s literacy. The goal for adults was put aside and nothing happened over the last six years. However, the chances of a child succeeding in school are significantly higher when a child is raised in a house by illiterate or functionally illiterate parents where parents can help,” Salas-Isnardi said.

But the problem isn’t just in Houston or in Texas. According to the National Literacy Directory, one in six adults lacks basic reading skills.

The Barbara Bush Literacy Foundation was created in 2013 by Barbra Bush’s son Neil Bush in response to the “literary crisis.” This is her second literacy foundation as her initial foundation, The National Barbara Bush Foundation for Family Literacy, was established in 1989.

“They are a force for change in the community, especially with education and that’s why we chose to work with them. They have demonstrated success in addressing the issue with children, and we think that they are an important partner to have on our side as we tackle the problem for the adults,” Salas-Isnardi said.

“The Barbara Bush Literacy Foundation has truly been a beacon of light for our city … their commitment to the community is longstanding, and their investment in our city’s future is to be commended,” Turner said.

“If you help a person to read, then their opportunities in life will be endless,” is the belief of former first lady Barbra Bush on which her foundation was founded.