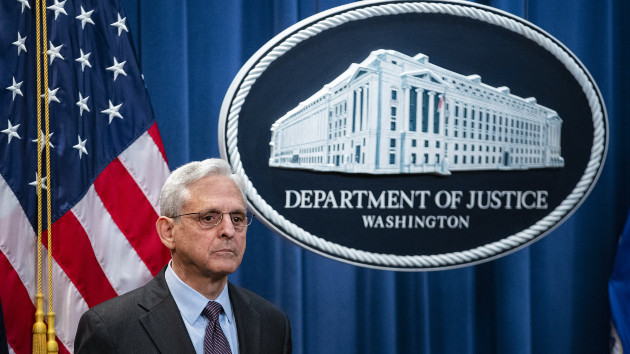 (BUFFALO, N.Y.) — Attorney General Merrick Garland is in Buffalo, New York, on Wednesday to meet with the families of the 10 victims killed in last month’s mass shooting.

Garland will meet privately with families and survivors, visit the site of the massacre and hold a press conference.

Payton Gendron, 18, is accused of storming a Tops grocery store on May 14 and gunning down 10 people, all of whom were Black, in an alleged hate crime.

Charges against Gendron include 10 counts of first-degree murder and 10 counts of second-degree murder as a hate crime. The teen is the first person in state history to be charged with domestic terrorism motivated by hate. Gendron’s lawyers entered a plea of not guilty to all of the charges on his behalf.

Days after the massacre, Garland promised that the Justice Department would be “relentlessly investigating this as a hate crime and as a matter of racially-motivated violence extremism.”

“Confronting hate and preventing hate crimes is a moral obligation of every American if we want to continue to live in a Democracy,” he said.

The Buffalo massacre could inspire more racially motivated attacks in the coming months, the Department of Homeland Security warned in a new report released this week.