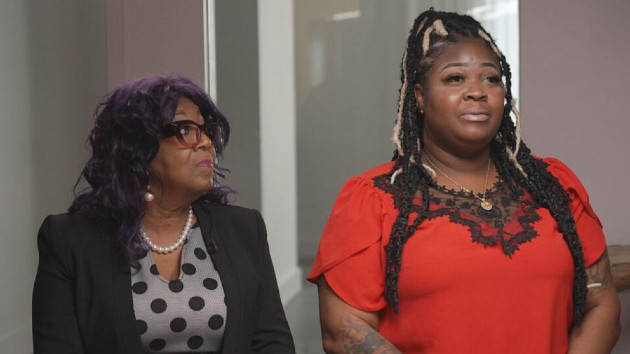 (NEW YORK) — A pair of former election workers who became the subjects of a Trump-backed conspiracy theory in the aftermath of the 2020 election are set receive the Presidential Citizens Medal at a White House ceremony on Friday, less than a week after former President Donald Trump renewed attacks on them.

Ruby Freeman and her daughter, Wandrea “Shaye” Moss, both former election workers from Fulton County, Georgia, are among 12 individuals who will be honored by President Joe Biden for making “exemplary contributions to our democracy surrounding January 6, 2021,” the White House said.

“My mother and I didn’t seek out the spotlight,” Moss said in a statement to ABC News. “We just wanted to do our part to make democracy work well for everyone … and we’re incredibly honored to receive this recognition.”

In testimony before the House Jan. 6 Committee and in an exclusive interview with ABC News in November, Moss and Freeman described in detail how their lives and livelihoods were flipped upside down after Trump and his allies accused the two women of engaging in election fraud.

Trump referred to the two women more than a dozen times in his infamous Jan. 2, 2021, phone call with Georgia Secretary of State Brad Raffensperger, falsely calling Freeman a “professional vote-scammer and hustler.”

Relentless threats of violence, both online and in person, ensued, driving both of the woman from their work as election officers and, in Freeman’s case, from her home. The pair became casualties of the so-called “Big Lie” — Trump’s false narrative that the 2020 presidential election was rigged in favor of Biden.

“I wouldn’t wish the hate and fear we experienced on anyone,” Freeman said in a statement to ABC News. “But what has lifted our spirits is the outpouring of support we’ve received from people who love this country and our democracy as much as we do.”

Earlier this week, Trump renewed attacks on Freeman, whom he accused of lying to the Jan. 6 Committee after the complete transcript of her interview with the panel was made public.

“What will the Great State of Georgia do with the Ruby Freeman MESS?” Trump said on his social media platform, Truth Social.

“Nobody, not even a former president, has a right to intentionally spread damaging, defamatory lies about fellow citizens,” Dubose said.