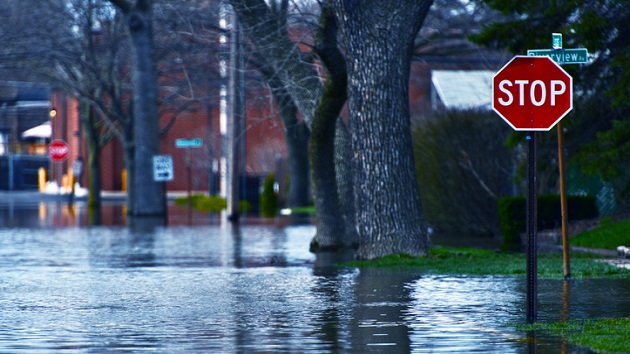 (HUMPHREYS COUNTY, Tenn.) — At least 16 people are dead and 51 are missing after middle Tennessee was hit with record rainfall Friday into Saturday morning.

The flooding in the region caused cars to be tossed like toys and houses ripped off their foundations.

“We are working very hard to locate the missing persons,” Edwards said in an email to ABC News. “We are doing house to house checks in the areas hit the hardest within our county.”

Humphreys County is located along the Tennessee River, about 90 minutes west of Nashville.

“We have power outages all over the area,” Edwards added. “Complicating issues is the loss of all cell phone coverage from the major carriers. They are bringing in portable units to assist with communications. We have lost a lot of roads both rural and major highways. In my 28 years it’s the worst I’ve ever seen it.”

A preliminary rainfall total of 17.02 inches was measured at McEwen, Tennessee, Saturday, which would break the all-time 24 hour rainfall record for the state of Tennessee, according to the National Weather Service. The old record was 13.06 inches, recorded in Milan on Sept. 13, 1982.

The Hardin County Fire Department, which went to assist nearby Humphreys County, called the destruction “unbelievable” and said search teams would return to the region on Sunday morning.

The Red Cross said it had opened emergency shelters at the YMCA Dickson County in Dickson; the Fairfield Church of Christ in Centerville; and the Waverly Church of Christ and Waverly First Baptist Church in Waverly.