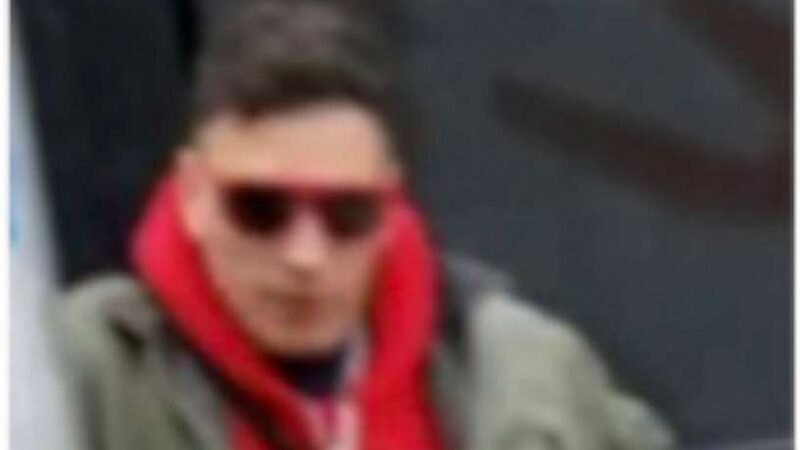 (NEW YORK) — A 52-year-old Asian American woman required stitches after she was savagely shoved to the ground, hitting her head, as she was in line at a New York City bakery on Tuesday.

The woman was standing in line outside the business on Roosevelt Avenue in Queens around 2 p.m when the suspect allegedly started to argue with her and pushed her to the ground.

She hit her head on a metal newspaper stand and suffered a large laceration to the forehead.

After the NYPD shared photos of the suspect, who was not wearing a face mask during the assault, Patrick Mateo, of Queens, was apprehended Thursday morning and charged with assault and harassment, officials told ABC News.

He was not charged with a hate crime, police said. It is unclear if he has a lawyer at this time.

The victim’s daughter, Maggie Kayla Cheng, claimed the attack was racially motivated on social media, saying, “I am heart broken and devastated.”

The suspect was “yelling out racial slurs, walks into my mom and shoved my mother on Main street and Roosevelt Avenue in Flushing, Queens today,” Cheng wrote on Facebook. “He shoved her with such force that she hit her head on the concrete and passed out on the floor.”

“She is still in shock, she’s glad she’s still alive,” the victim’s son told ABC New York station WABC. “She’s happy that she came out with a pretty gnarly injury but not enough to the point where it’s disabling her.”

The incident sparked outrage nationwide after actress Olivia Munn posted about the incident. The nation has seen an uptick in crimes against the Asian American and Pacific Islander community during the pandemic.

Russell Jeung, co-founder of a project called Stop Asian American Pacific Islander Hate, told ABC News, “The pandemic’s racism has created a climate where hate is given license, and Asian Americans have been targeted.”

“The string of attacks are just horrific. Especially over Lunar New Year when the first thing we do is go out and greet our seniors and bow to them.”

He said that while many attacks aren’t categorized as racially motivated, the surge of crimes is concerning, especially when the vulnerable elderly population is targeted.

Stop AAPI Hate, a coalition documenting and addressing anti-Asian discrimination amid the COVID-19 pandemic, said it received 2,808 reports of incidents of racism and discrimination across the U.S. between March and December 2020.

The assault at the bakery was one of three known attacks against Asian Americans in New York City on Tuesday alone.

The three Tuesday attacks are not currently being investigated as hate crimes, WABC reported.

In 2020, a total of 29 anti-Asian hate crimes were reported to the NYPD, and officials said 24 of those crimes stemmed from COVID-19 xenophobia. So far this year there have been two officially reported.